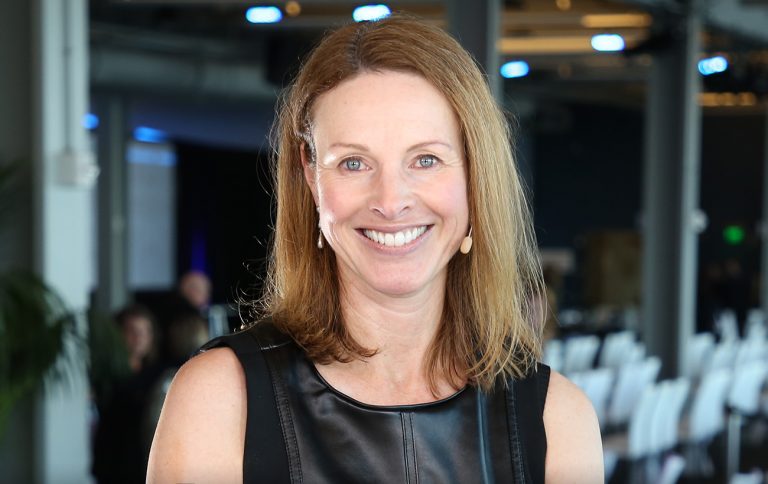 Artificial intelligence is the new frontier of technology, precipitating a global labor revolution across every industry. Despite its growing prominence among thought leaders and consumers alike, the tool has been controversial since the early days of its widening implementation.

Concerns regarding the displacement of human employees in favor of robot labor, and the risks around harmful patterns becoming innate to machine learning have been voiced as loudly as the announcements of an advancing technology that dissenters fear is scaling all too quickly — and without proper ethical guidance.

To bring greater visibility into these issues and turn the tides of this rapidly growing tech, Micron Technology Inc.’s Micron Foundation is focusing on the human side of artificial intelligence.

“The Micron Foundation’s mission is to enhance lives through people and philanthropy, and we focus on [science, technology, engineering, and math] and basic human needs to bring our goodness and focus to AI, and the problems that can be solved utilizing it,” said Dee Mooney (pictured), executive director of the Micron Foundation.

In its continued commitment to the future of tech’s welfare, the Micron Foundation announced a $1 million grant to advance the industry conversation around the social ramifications of AI and curb them by building principles into the technology and its surrounding culture.

This week, theCUBE spotlights Dee Mooney in our Women in Tech feature.

AI for the greater good

The market for AI tools is expected to swell to over $2 million by 2022, growing over 30 percent every year. As the ecosystem rapidly expands, the Micron Foundation aims to take a mindful approach to its development.

Micron is allocating 20 percent of its $100 million financial investment to startups led by women and underrepresented figures in the tech industry. And it also launched a $1 million grant for academic and non-profits organizations to pursue advancements in AI.

The aptly named Advancing Curiosity grant is focused on retooling AI for the greater good, through innovation in the technology itself, as well as in diverse representation among its creators. “It is focusing on advancing curiosity in the hopes that we can think about how might AI help for good, whether that’s in business and health or life,” Mooney said.

Grant criteria focused on organizations whose missions take a conscious approach to developing impactful technology by asking what problems they’re solving with AI, what type of technology they’re using, and what groups are represented among their ranks.

“We are all about trying to improve our communities. We want students and researchers to take a good look at how the technology can work, [and] we want a very diverse group that brings different perspectives. That’s our true ability to innovate,” she said.

Winners were announced at Micron Insight 2018 and included the Berkeley Artificial Intelligence Research lab, the Stanford Precision, Health, and Integrated Diagnostics lab, and the non-profit organization AI For All, a group that encourages historically marginalized students to engage in tech and AI from a young age through STEM summer camps.

“Their focus is to get the next generation excited about AI and really help underrepresented groups be exposed to the field,” Mooney said.

Among the range of effects artificial intelligence will have on the market, Micron urges grant applicants and technologists at large to consider the technology’s ethical ramifications throughout its development. Implications of the mass data collection AI requires to perform is one issue top of mind for the foundation.

“We’d like the recipients to think about the data collection, the privacy issues, the ethical issues that go along with collecting such massive amounts of data,” Mooney said.

The appeal of artificial intelligence is its capacity for eradicating inefficiencies and creating solutions, but a tool both so powerful and malleable also has the potential to create new problems.

The issue of inherent biases that stem from a widely race- and gender-homogeneous tech industry have already surfaced in now infamous tools like the image identification software that failed to recognize non-white faces as human.

Just this week it was reported that an automated recruitment ranking system utilized by Amazon learned a preference for male job applications simply because their volume outweighed that of applying females, a historically underrepresented faction in the STEM industry. The software had even begun downgrading resumes that included the phrase ‘women’s’ or made mention of some women’s colleges.

While Amazon recruiters claim to only use the recommendations directionally, the risks that unchecked AI pose in today’s limited tech culture are clear. With the technology forecast to displace 47 percent of U.S. jobs within 20 years, those inherent biases could weigh heavily on a future powered by AI.

The human side of tech

While artificial intelligence may currently present some problems, their solution lies in the diversity of thought Micron aims to engender with its grant. “There is a downside. That is definitely where we want diverse thinking to come in, so we can approach the problems in a good way that helps us all,” Mooney said.

Full representation in tech is the answer to both preemptively counteracting dangerous problems and creating technologies that better serve consumers across the globe, a reality the industry appears slow to incorporate. To move the technology toward a place of greater equity, the state of California recently put into effect a law mandating a minimum of one woman director on every business’ board.

In addition to many marginalized groups, women have experienced significant underrepresentation in the STEM field, specifically as industry leaders. Through the Micron Foundation’s work, Mooney has found the leaky pipeline of women in STEM starts early, with a lack of support in academic institutions for female students around the world.

“We are a global foundation, and when we talk with our partners they’re also interested in having STEM outreach into their schools. It’s a problem that we all strive to overcome,” she said.

Even with the awareness that appears to be pervading the industry at large, troubling milestones like the viral “Google’s Ideological Echo Chamber” and an overall political atmosphere rife with palpable gendered bias can create a sense that progress is frustratingly nonlinear.

Though the need for equity legislation may feel in some ways disheartening, California’s law is a positive move forward for the industry and the world that its technologies impact. In its grant and all of its work, the Micron Foundation is continuing to buoy efforts that drive the human side of technology forward.

“That aligns well with what we try to do, bringing diversity into the workplace [and] conversation to encourage the next generation to pursue math and science degrees, whether they are female or male or however they identify. It’s a good step in the right direction,” Mooney concluded.

Watch the complete video interview below, and be sure to check out more of SiliconANGLE’s and theCUBE’s coverage of Micron Insight 2018. (* Disclosure: TheCUBE is a paid media partner for the Micron Insight event. Neither Micron Technology Inc., the event sponsor, nor other sponsors have editorial control over content on theCUBE or SiliconANGLE.)