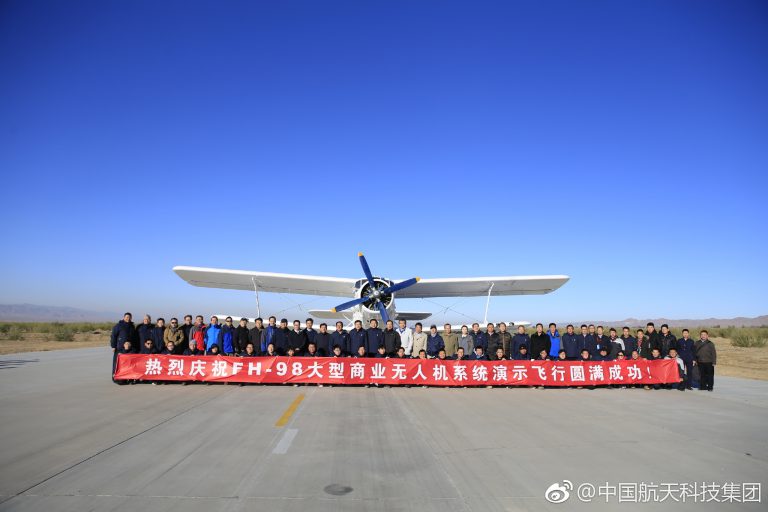 The Feihong-98 “large commercial drone” is actually a piston-driven autonomous biplane. It was developed by the China Academy of Aerospace Electronics Technology and SF Express Co. Ltd. and took its first successful public flight Oct. 16.

According to a report in Pandaily Wednesday, the Feihong-98 is converted from a Y-5B, China’s first homegrown transport aircraft that itself is based on a Russian Antonov An-2. It has a maximum takeoff weight of 5.25 metric tons, a top payload of metric 1.5 tons and a volume space of 15 cubic meters. It can reach a maximum flight altitude of 4,500 meters (14,700 feet) and has a maximum speed of 180 kilometers per hour, or 111 miles per hour.

This wasn’t the first flight for the plane-drone, with the aircraft having been privately tested in August.

It was built for the intent of making deliveries, since SF Express is a Chinese delivery company not dissimilar to Federal Express. But the drone/aircraft’s technology could have wider applications than shipping cargo. 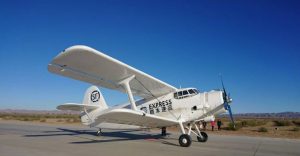 China, via its “Made in China 2025” program that seeks to rapidly expand the Middle Kingdom’s high-tech sectors and develop its advanced manufacturing base, has caused trade issues with the U.S. Only today, an Apple supplier relocated to Vietnam because of the burgeoning trade war.

An unmanned biplane is representative of China’s advancing technology and its challenge to the U.S.

Although it’s unlikely that the skies will be filled with Feihong-98 transport drones anytime soon, if the technology is taken further, aircraft pilots could potentially be replaced at some point in the next 20 to 30 years.

For now, SF Express is said to planning to deploy the Feihong-98 to “better accommodate not only major, but other minor aerial delivery courses” and to “strengthen its advantage of having an enhanced integration between its land and ground delivery coverage, and information web.”