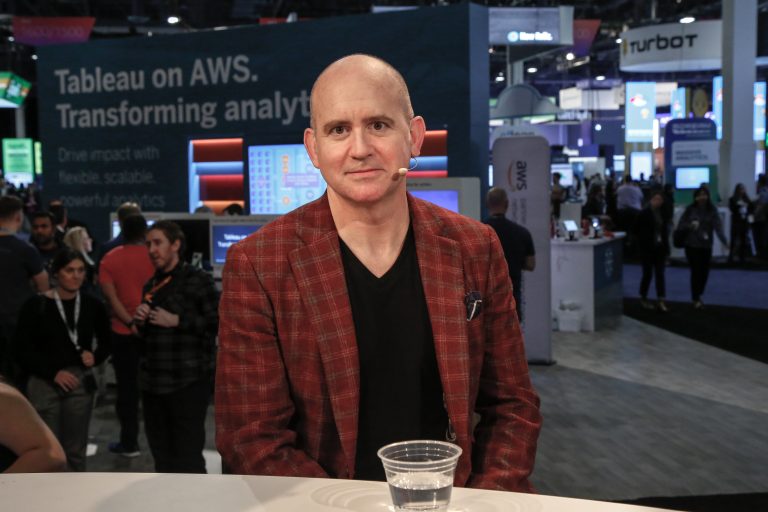 Amazon DeepRacer mini cars and the next big thing in AI

Even those who aren’t much for recreational robotics should take an interest in DeepRacer from Amazon Web Services Inc. The miniature self-driving cars use a form of artificial intelligence called reinforcement learning. The cars learn to drive through trial and error without massive, pre-loaded data sets. Think of all that could mean for AI inferencing across different industries and enterprises.

DeepRacer is a 1/18th scale car with four-wheel drive, four-wheel steering, GPS, and two batteries — one for the car itself; one for the compute platform in the camera. Possibly the most interesting thing about DeepRacer is its use of reinforcement learning, or RL.

“You’re not telling the car what the optimum way is; you’re letting the car figure it out on their own,” said Jonathan Ballon (pictured), vice president and general manager of internet of things at Intel Corp. “You don’t need a large data set to begin with. It’s pre-trained. You’re actually letting, in this case, a device figure it out for themselves.”

Software and hardware work it out for RL

RL is still a pretty obscure domain in AI since it demands vast compute resources many developers lack. The draw of RL is that it can be a powerful tool in places where we don’t have all the answers, data, etc. — like autonomous driving. “We can allow vast amounts of computing resources to run a reinforcement model over and over perhaps millions of time until they find the optimum solution,” Ballon stated.

Despite its reputation as a legacy chip maker, Intel’s decorating its portfolio with lots of software these days. “It’s almost perhaps an equal investment in software as we do in hardware,” Ballon said.

Intel open-sourced a project called OpenVINO (visual inference and neural network optimization). It is available to optimize DeepRacer and has other possible applications in smart cameras, video surveillance, robotics, transportation, and more. It allows developers to isolate individual cores or an integrated GPU and CPU without knowing anything about hardware architecture. It allows them to apply different applications, algorithms or inference workloads efficiently onto that compute architecture in an abstracted manner. They can optimize the model for hardware platform, increasing performance by orders of magnitude. This increase in compute power is part of what enables RL.

“This is a powerful tool, because so much of AI is about harnessing compute resources efficiently,” Ballon concluded.

Watch the complete video interview below, and be sure to check out more of SiliconANGLE’s and theCUBE’s coverage of AWS re:Invent. (* Disclosure: Intel Corp. sponsored this segment of theCUBE. Neither Intel nor other sponsors have editorial control over content on theCUBE or SiliconANGLE.)