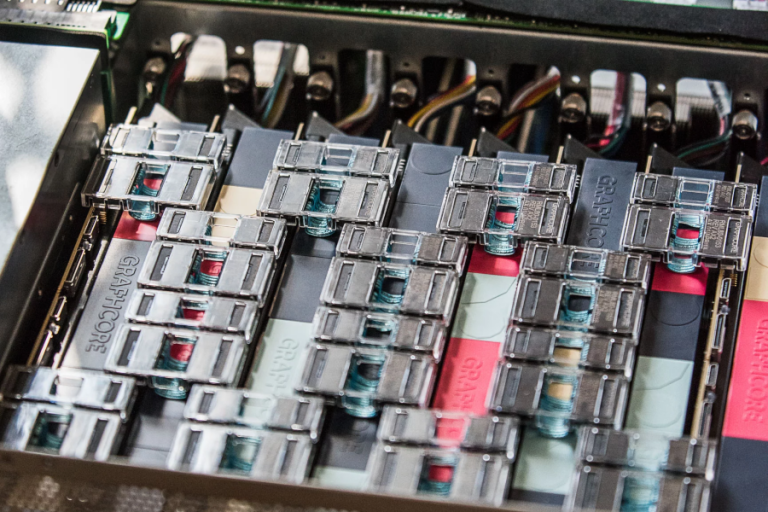 Artificial intelligence chip startup Graphcore Ltd. today announced that it has raised $200 million from investors at a $1.7 billion valuation to fuel development and go-to-market efforts.

The round is notable not only because of its size but also the fact that Graphcore is less than three years old. That’s an especially short time span in an industry where new products can take millions of person-hours to develop.

Despite its young age, the startup attracted the participation in the round of big names such as Microsoft Corp., Dell Technologies Inc. and Samsung Electronics Co. Ltd. They were joined by nearly a dozen other investors.

The funding will give Graphcore a boost as it works to ramp up production of its flagship Colossus processor, which is designed from the ground up to accelerate AI algorithms. The chip is based on a 16-nanometer architecture and consists of 1,000 individual processing cores. Graphcore founding Chief Technology Officer Simon Knowles has stated that Colossus is “nothing like” the graphic processing units most commonly used to run AI software.

Graphcore is commercializing the technology with the C2 IPU-Processor, a PCIe card featuring two onboard Colossus units that companies can plug into their servers. The startup claims the offering provides significantly more computing power than Nvidia Corp.’s market-leading GPUs.

Graphcore is already seeing some traction in the market. Nigel Toon, the startup’s other founder and chief executive officer, told Bloomberg that Samsung and Dell Technologies have signed on as early customers.

Dell is currently developing an AI appliance based on Colossus. The system, which debuted a few weeks ago, contains eight C2 IPU-Processor PCIe cards with more than 2 petaflops of combined processing capacity. One petaflop equals a quadrillion floating-point operations per second, a standard unit of computer performance.

Graphcore will no doubt seek to establish more partnerships with established data center suppliers as it expands its business.

“With this new capital we will be working hard to rapidly scale up the company,” Toon wrote in the funding announcement. “We will be hiring lots of new engineers to our headquarters in Bristol, UK and to our offices in London, to Oslo in Norway, Palo Alto in Silicon Valley and to new offices that we are opening in Beijing, China and in Hsinchu, Taiwan.”

Graphcore is not the only player trying to challenge Nvidia’s dominance of the AI chip market. Intel Corp. plans to join the race by launching its own standalone graphics card in 2020, while a number of smaller contenders have entered the fray as well. One of them, Wave Computing Inc., raised $86 million in November to start mass production of its unique “clockless” AI chips.