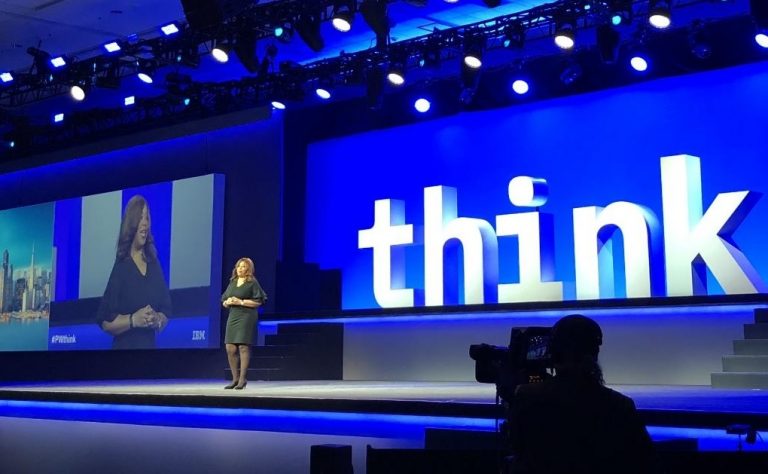 The opening of IBM Think in San Francisco on Monday provided analysts with an opportunity to assess a list of topics expected to be addressed at the weeklong company event. For many industry observers, the question of the impact the acquisition of Red Hat Inc. for $34 billion in 2018 will have IBM Corp.’s business moving forward is at the top of the list.

“The Red Hat news is the big news for IBM,” said Dave Vellante, co-host of theCUBE, SiliconANGLE Media’s mobile livestreaming studio, during the first day of the IBM Think event in San Francisco. “We’re now entering the next chapter. It’s a lot of money to pay, but it gets IBM into the next generation of multicloud.”

Vellante was joined by co-hosts Lisa Martin and Stu Miniman, and they discussed the importance of building a developer network, recent customer wins by IBM and the complex nature of serving the multicloud market. (* Disclosure below.)

One key component of the Red Hat acquisition involved bringing its software developers into the IBM fold, something that the analysts noted as an area that had not previously been the computing giant’s major strength. Red Hat’s developer base is estimated to be 8 million participants in its technology worldwide.

Additional developer strength could bring added value to IBM through cloud-native application development. “In that multicloud, cloud-native space, Red Hat is one of the leaders, if not the leader, and therefore it should help supercharge what IBM is doing,” Miniman said.

Although IBM remained far behind rivals Amazon Web Services Inc. and Microsoft Corp. in public cloud market share, the company recently announced a multimillion-dollar cloud deal with Smart Energy Water. The news offered a sign that IBM could be gaining traction for cloud services in niche markets. “There have been some big cloud wins that IBM has made in recent history, one of them being in the energy sector,” Martin noted.

The big opportunity for IBM is to become the multicloud provider for its largest customers. Providing services in the multicloud world is a complicated business, something that, as the analysts noted, IBM is built to do.

Here’s the complete video analysis, part of SiliconANGLE’s and theCUBE’s coverage this week of the IBM Think event. (* Disclosure: TheCUBE is a media partner for IBM Think. Neither IBM nor other sponsors have editorial control over content on theCUBE or SiliconANGLE.)