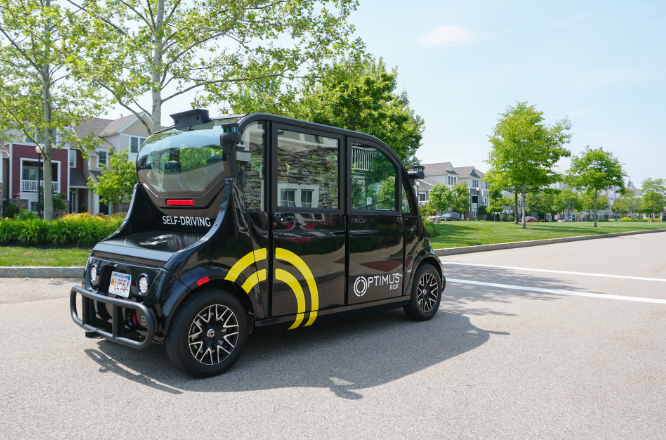 An autonomous vehicle will soon start serving people on the streets on New York City, but it won’t be going very far.

Boston-based Optimus Ride plans to deploy its self-driving shuttles sometime in the second quarter of 2019, but you’ll only find them at Brooklyn Navy Yard. This 300-acre industrial complex is home to around 400 businesses and the 850 or so people who work there.

The shuttle will loop around the complex in a geofenced area, with its passengers mostly the people who work in the light and heavy manufacturing firms in the area. It will also stop at a soon-to-be-opened dock for the New York’s East River Ferry.

New York isn’t the only place you will be able to see one of the shuttles. The company said it will also deploy shuttles at Paradise Valley Estates in Fairfield, California. This is an 80-acre private community and the vehicles will be used by residents as well as prospective residents wanting a tour.

There’s not much information on the shuttles or how many of them will be deployed in total, but the vehicles have been used before in areas of office buildings and commercial enterprises.

“Working with leading developments and communities like Paradise Valley Estates and the Brooklyn Navy Yard enable us to further our mission to transform mobility,” Optimus Ride co-founder and Chief Executive Ryan Chin said in a press release. “We’re pleased to be the first company to launch a self-driving vehicle program in the state of New York and, having now announced three deployments in the first quarter of 2019, are well positioned as the leader in self-driving systems for geofenced areas.”

New York has been the place of choice for companies wanting to test self-driving vehicles. At least two companies have tested autonomous vehicles in the state of New York, but the Optimus Ride will be the first time it has been done commercially.