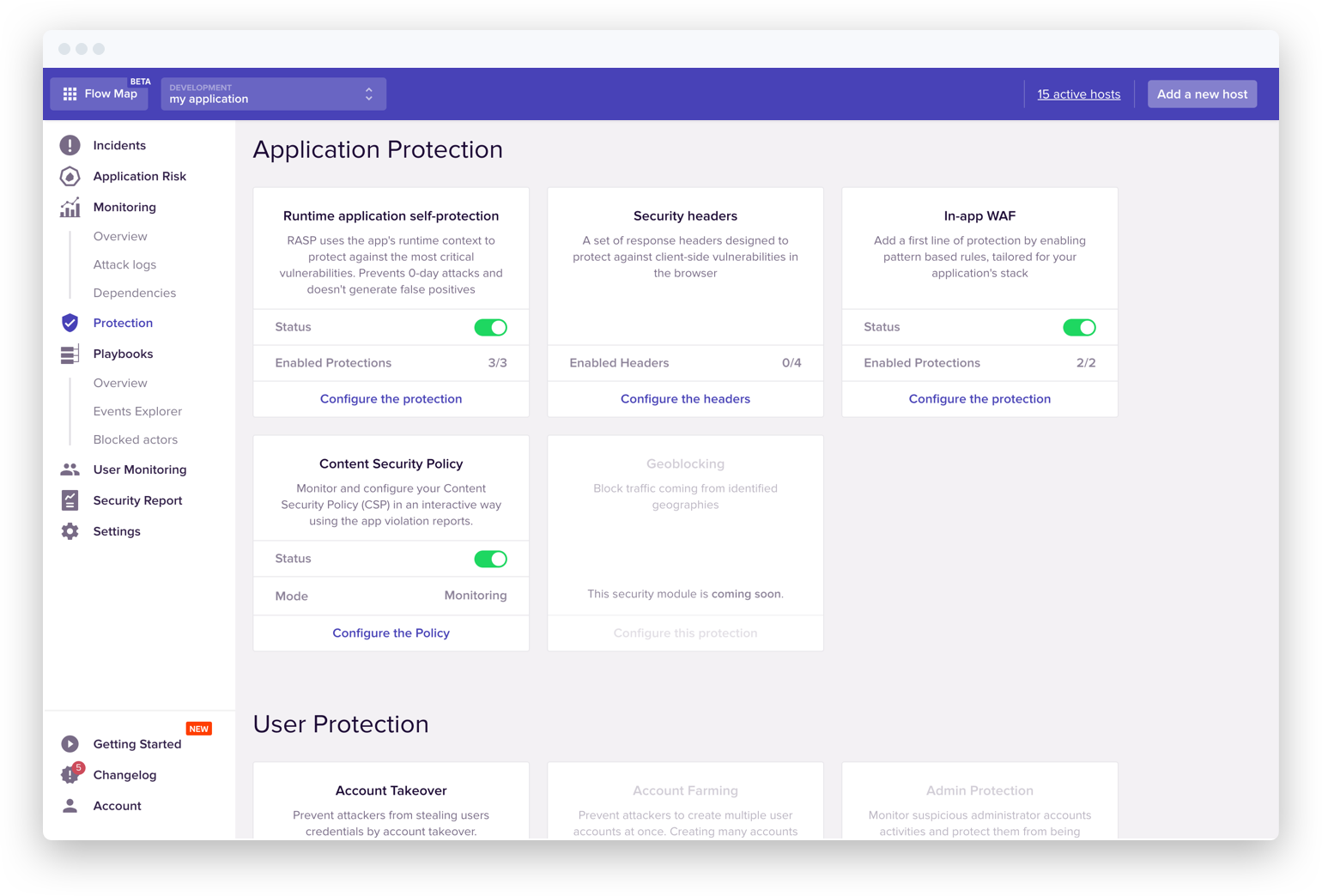 Application security management startup Sqreen SAS early today said has raised $14 million in new funding, its first major round since it was founded in 2015.

The Series A round was led by Greylock Partners and Y Combinator and included previous investors Alven Capital and Point Nine. Greylock partner Sarah Guo is joining the company’s board.

Co-founded and led by Pierre Betouin, the former leader of Apple Inc.’s global offensive security team, Sqreen offers an ASM platform that is said to take a modern approach to security in production for web applications and cloud workloads.

Leveraging microagents embedded in applications to identify and automatically protect against threats in real time, Sqreen does not require any software code modifications and can be set up to run and protect any web application in under five minutes.

On the technical side, Sqreen uses dynamic instrumentation logic to detect malicious activities within the application, providing visibility into web application security and risk, down to the code level.

“In 2006, I was brought into Apple to build the first offensive security team there,” Betouin told SiliconANGLE. “Despite working in one of the finest engineering organizations in the world, my four or five person team was able to uncover thousands of vulnerabilities across dozens of products and codebases. Over the years, we jailbroke the first iPhone, broke DRM hundreds of times and found critical flaws all over the place.”

The reason, he said, is that application security is broken. ‘The solutions are simply outdated,” he said. “They were invented in the ’90s and haven’t changed much since, despite everything else moving at such a rapid pace.” In particular, topology, complexity, encryption and “everything else” has evolved, he said, and traditional security solutions such as web application firewalls can’t keep up.

“They can’t scale and they are nearly impossible to properly maintain,” Betouin added. “There needs to be a change, an evolution in security. That’s why we’re building Sqreen.”

Sqreen’s ASM platform is being used by more than 500 companies globally processing more than 50 billion protected application requests per week and blocking in excess of 5 million attacks each month.

Customers include Skyscanner, Le Monde, ProductBoard, Y Combinator, OCTBTC, Aspire, BlaBla Car and others. The company has offices in Paris and San Francisco. Including the new round, Sqreen has raised $18 million to date.