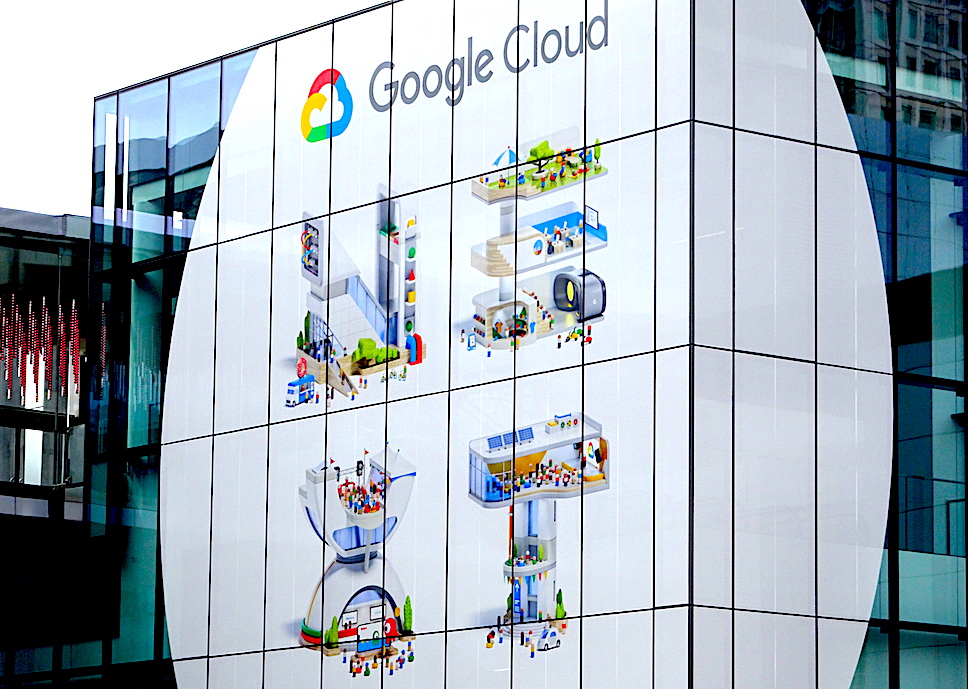 Day one wrap at Next: Multicloud stars as Google Cloud opens up its strategy

Google had been inching into the hybrid cloud market over the past year. As it did so, it scarcely made an attempt to enter the growing multicloud arena.

But what a difference a day makes! In the day one keynote today at Google Cloud Next in San Francisco, new Chief Executive Thomas Kurian made several announcements that demonstrate how Google Cloud is enabling the open multiclouds that are sure to dominate enterprise computing in the next decade.

Just as important, Google Cloud now has the industry’s most open portfolio for addressing the heterogeneous serverless environments that will take root in many enterprise multiclouds in coming years. And it is making deep investments in an ecosystem of open-source data analytics platforms. Before more than 30,000 customers, partners, developers and others at Next, Kurian presented his organization’s new multicloud strategy through several key announcements.

Opening workload management across the multicloud

Google Cloud now has the most open multicloud environment among leading cloud players. Its Anthos announcement underlines the vendor’s commitment both to integrating its customers’ on-premises resources with compute, storage, data and other resources in its public cloud, but also with equivalent resources in competitors’ public clouds.

It enables cloud-native applications to run unmodified on the hardware platform of the customer’s choice. It lets customers run an app anywhere unmodified, either on existing on-premises hardware platforms or in various public clouds, not limited to Google Cloud Platform. Anthos runs on Google Cloud Platform with the managed Google Kubernetes Engine service, and in on-premises data centers with GKE On-Prem.

To round out its new multicloud solution, Google also announced Anthos Migrate. The new solution, which is in beta, automigrates virtual machines and applications, unmodified, from on-premises platforms or from other clouds, directly into containers in Google Kubernetes Engine. At Cloud Next, Google announced that more than 30 partners are using Anthos Migrate to help customers digitally modernize their information technology assets. These include:

Opening serverless across the multicloud

Google’s commitment to open source is longstanding and comprehensive. It also helps to explain why the vendor has been so determined to launch initiatives such as Kubernetes, Knative and Istio through the open-source community.

In launching this “integrated open-source ecosystem,” Google is attempting to make it easier for customers to implement a wide range of open-source data environments within its public cloud. Google Cloud will offer fully managed services operated by these open-source partners that are tightly integrated into its public cloud. It will ensure a unified experience for managing, billing and support across these services. It will provide customers with a single console interface for managing apps, including the ability to provision and manage the services. Customers will be able to manage and log support tickets in a single window and not have to deal directly with different providers of the underlying data platforms.

Google announced a new program to develop industry-specific “digital transformation solutions” with industry-focused partners. It is targeting financial services, healthcare, retail, manufacturing, communications, media and entertainment, and public sector opportunities. It is embedding its rich artificial intelligence in most of these solutions to deliver smarter, more adaptive, more contextual solutions for a wide range of business requirements.

Finally, Google also announced expansions to its partner programs focused on line-of-business applications in marketing analytics and the “internet of things.”

For further information and insights on these and other announcements at Google Cloud Next 2019, check out interviews on theCUBE, SiliconANGLE’s mobile livestreaming studio, taking place this week from San Francisco.