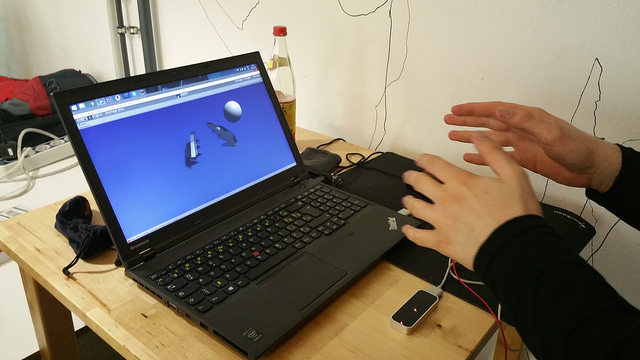 Leap Motion sold for fire-sale price of $30M to Ultrahaptics

Once-high-profile 3-D motion-control technology startup Leap Motion Inc. is no longer independently owned after being acquired in an apparent fire sale to Ultrahaptics Ltd. for $30 million.

Founded in 2010, Leap Motion was a much-hyped software and hardware company developing 3-D motion-control technology for virtual reality and additional platforms. The company’s products were focused on allowing users to interact with virtual worlds using hand movements that were captured in real time without the need for traditional handheld controllers.

Much of the hype around the company ran concurrently with the hype bubble around VR, which peaked in the mid-2010s before finally starting to burst in late 2016 and into 2017.

Leap Motion was still talking up its prospects in July 2017 when it raised $50 million in venture capital funding to assist it to bring its products to market. Some of its products did make their way to market but struggled to find an audience, with “Minority Report”-style hand gesturing never seen as more than novelty.

As of its last round Leap Motion was valued at $300 million, with total venture capital raised coming in at $94.1 million. Investors in the company, which include Andreessen Horowitz, Founders Fund and Highland Capital Partners, ended up losing much of their investment given the sale price of $30 million.

The decision to push ahead and continue to raise money may have also been an error. A report in October said Leap Motion had turned down two acquisition offers from Apple Inc., the first in 2013 and then in spring 2018 a $30 million to $50 million offer. It’s claimed that the reason Leap Motion turned down the offer was that one of its founders hated Apple, referring to the company as “the devil.”

Under the ownership of Ultrahaptics, a company developing similar albeit differently applied “Minority Report”-style hand gesturing, Leap Motion’s technology may be given a second chance.

“We are building a company to support the changes between human and machine interaction that will define the 21st century,” Ultrahaptics Chief Executive Steve Cliffe said in a statement. “Together, Ultrahaptics and Leap Motion products have the opportunity to be at the global epicenter of spatial interaction.”