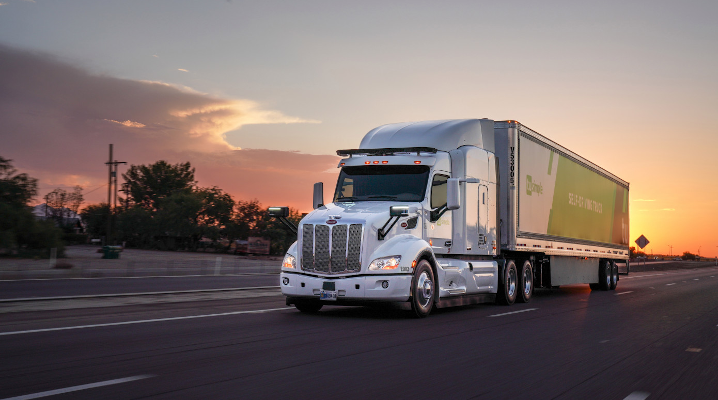 The shipping giant didn’t reveal the size of the transaction. However, given that a recent funding round valued TuSimple at nearly $1.1 billion, UPS’ investment was likely quite substantial.

The company’s decision to back the startup didn’t come out of the blue. UPS said today that it has been quietly testing TuSimple-powered tractor trailers for several months now as part of a pilot project in Arizona. The vehicles are hauling freight along a 100-mile delivery route between Phoenix and Tucson.

TuSimple develops hardware and software for enabling so-called Level 4 autonomy, an official classification describing vehicles that can steer themselves in most circumstances. However, the tractor trailers the startup is piloting with UPS have a driver behind the wheel as well as an engineer who monitors operations. The startup aims put fully driverless trucks on the road within two years.

Whereas most autonomous driving systems rely on lidar sensors, which use invisible laser light to map out the environment, TuSimple employs regular cameras. Processing video footage is trickier than analyzing data from a lidar array but the upside is that cameras are cheaper and have longer range. TuSimple claims its trucks can see objects from up to 3,280 feet away.

UPS isn’t the only major logistics provider that has taken an interest in the technology. In June, TuSimple completed a two-week test with the United States Postal Service that saw autonomous trucks make five mail runs between Phoenix and Dallas.

Amazon.com Inc. is another player exploring ways to automate its supply chain. The online retail giant is rapidly expanding its logistics network to become less reliant on external logistics partners such as UPS, in a push that has a strong autonomous delivery component. Moreover, Amazon this year backed a $530 million investment into Aurora Innovation Inc., an autonomous vehicle startup led by Alphabet Inc. and Tesla Inc. veterans.