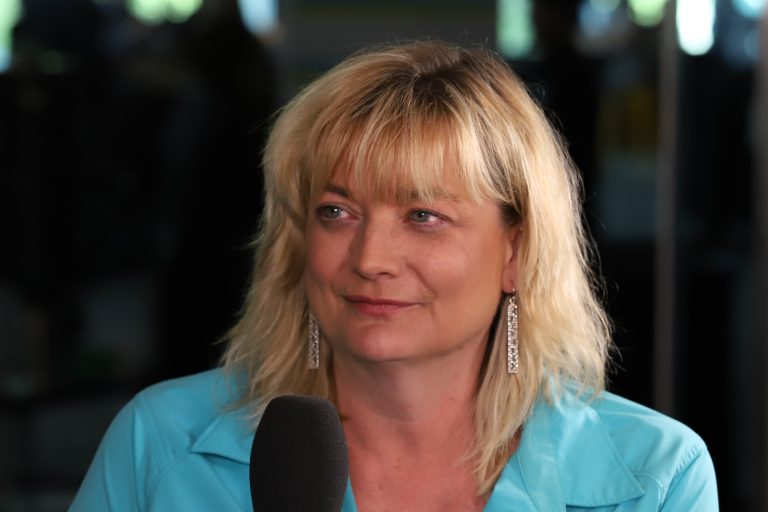 Technology to save them all: Animal welfare charity uses big data to promote no-kill shelters

Back in the ’80s, an average of 17 million dogs and cats were killed per year in U.S. shelters. Today, that number has dropped to just over 700,000. This huge decline is thanks mostly to animal welfare non-profit the Best Friends Animal Society, which has set a goal to make all U.S. shelters no-kill by 2025.

“The Best Friends founders started the no-kill movement,” said Angela Embree (pictured), chief information officer of the Best Friends Animal Society. “We have the largest no-kill companion animal sanctuary in the country where we hold about 1,700 animals every day.”

Embree spoke with Jeff Frick (@JeffFrick), host of theCUBE, SiliconANGLE Media’s mobile livestreaming studio, during the AWS Imagine in Seattle Washington. They discussed how, as Best Friends’ first chief information officer, she is using the power of data to help save animal lives (see the full interview with transcript here).

This week, theCUBE spotlights Angie Embree in our Women in Tech feature.

High tech in the high desert

When Embree walked onto the job as CIO of Best Friends, she was truly starting from scratch. The organization’s headquarters are located in the small town of Kanab, Utah, which is “very infrastructure challenged,” Embree said.

At the time, Best Friends relied on the town’s only internet service provider, which meant there was no network redundancy. “Kanab goes down, you know the whole organization is down,” Embree said. “So one of the first decisions I made was that we were going to the cloud.”

Moving Best Friends to the AWS Cloud solved the network reliability issue. It also gave the opportunity for Best Friends to use technology to promote its goal of stopping unnecessary euthanasia.

“In animal welfare, there’s never been a national picture of what the problem really is regarding killing animals in shelters,” Embree said. “This is because animal extermination makes for bad press, and so is a topic that shelters prefer to avoid. The American public doesn’t believe in [killing animals].”

Exposing the public to statistics showing the kill total for their community would bring support to Best Friends’ “Save Them All” crusade. The Community Lifesaving Dashboard went live in July 2019, making national and local shelter statistics available to anyone.

“The idea behind the dashboard is to … get communities behind helping their shelters. Because, [reaching the no-kill goal] is going to take us all,” Embree said. “The public … can look at it, and they can see where we’re at from a national level. They can see where they’re at from a state level. They can drill down into their community, and they can drill down to an individual shelter.”

From volunteer to animal welfare professional

As a girl, Embree was “that little kid always bringing home animals,” she said. But she never thought her love of living creatures could translate into a career. Instead, she followed her interest in science and math, getting a degree in management information systems and going to work in big tech.

Embree learned about animals being euthanized in shelters while she was living in Texas, a state known for high kill numbers. She immediately became active in the no-kill community.

“I started … doing more to support the movement,” she said. This included donating, adopting from shelters, and fostering stray animals. But, although she spent hours volunteering for animal welfare, Embree’s career focus was in traditional technology.

“If you would have told me I would be the CIO at Best Friends Animal Society … I would have said you’re kidding,” she said. “I didn’t realize that there were professional positions in organizations like Best Friends.”

That changed when she saw the open position for Best Friends CIO. The job combined her knowledge from 25 years working in information systems with her love of animals, so she decided to apply.

“Animal welfare is sort of broken from a technology perspective and a data perspective,” Embree stated. The culture of data secrecy means shelters conceal kill numbers. But, they also don’t keep history on the strays in their care. Meaning no health records or foster information is available to people considering adoption.

More than creating a database, Embree was taking the first steps to transform the entire animal welfare system. “It’s starting to fix the foundation for the movement as a whole, not just Best Friends,” she said.

AWS provided the technological foundation to make this possible, and Best Friends’ community of over 2,700 no-kill shelters and volunteer organizations collected the data.

Although Embree had worked with Amazon to ensure that everything was in place for the launch of the Community Lifesaving Dashboard, she was still nervous that spikes in traffic could disrupt the service. She worked with AWS before the app went live to ensure that the environment was stable. And, on the day of launch, she set up a virtual “war room” where both Best Friends and AWS employees could monitor traffic and be ready to avert or repair any disasters.

The preparation paid off. “I’m happy to say from a technology perspective it was a non-event,” Embree reported. “We did not crash. We stayed up; we handled all the traffic; we scaled when we needed to. And we did it virtually at the press of a button.”

A comprehensive database for pet welfare

Now that the dashboard is up and running, Embree is looking to expand Best Friends’ relationship with AWS.

“I think the biggest thing we’re looking at is platform as a service,” she said. This would allow the non-profit to leverage new technologies, such as predictive analytics and even pet facial recognition.

Right now the database shows no-kill statistics for shelters across the country. The eventual goal is to have a database with information on every stray in every shelter and to have that data follow the animal as it moves from foster family to shelter to (hopefully) a forever home.

“It’s making sure that you know the veterinary data is there, all the data from the pet ecosystem is there,” Embree said. “Just getting the technology players, the shelter management systems, the other people who play a role in technology for animal welfare … in a room and talking, and figuring out this problem is huge. And with a partner like Amazon, we feel it can be solved.”

Watch the complete video interview below, and be sure to check out more of SiliconANGLE’s and theCUBE’s coverage of the AWS Imagine event.