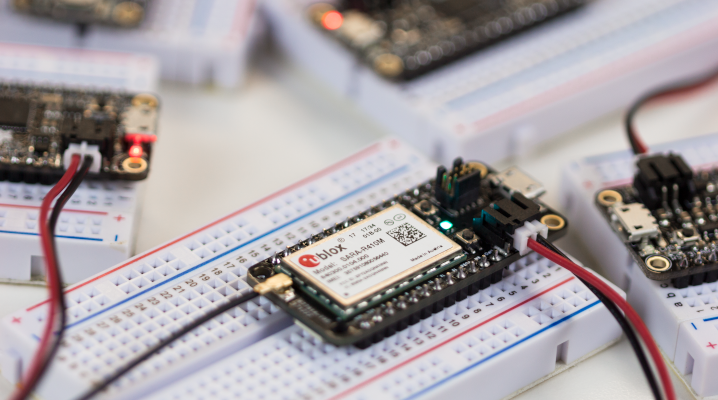 IoT startup Particle reels in $40M round co-led by Qualcomm

Particle Industries Inc., a supplier of hardware and software for enterprise “internet of things” projects, today announced that it has raised $40 million in funding.

The round was led by Qualcomm Inc.’s venture capital arm and Energy Impact Partners, an investment firm that bets on startups on behalf of a consortium of major utilities. More than half a dozen existing Particle backers contributed as well.

San Francisco-based Particle has carved out a niche in the crowded enterprise IoT market by positioning itself as a one-stop shop for connected device technology. The startup provides networking modules (pictured) that allow systems like industrial air compressors to communicate with other hardware and access the web. It also sells development kits for building new kinds of devices, as well as a suite of software tools that companies can use to manage their internet-connected hardware.

The linchpin of Particle’s product portfolio is its cloud-based administration service. Dubbed Device Cloud, it enables companies to centrally configure security rules for their IoT fleets, collect data, diagnose problems and push out updates. Device Cloud works with Device OS, a lightweight operating system that engineers building hardware with Particle’s networking modules can use to power their projects.

The startup’s products are finding use in a variety of environments. The Massachusetts Institute of Technology is harnessing Particle gear to keep track of air pollution from volcanoes. Andersen EV, a British maker of electric car charging points, has equipped its stations with the startup’s networking modules to collect diagnostics data and provide voice assistant features for customers.

Particle is seeing uptake in other areas as well. The startup said it has grown revenues by 150% over the past year thanks to new hardware orders and a threefold jump in multimillion-dollar contracts.

“This new investment will be used to continue development in our enterprise-grade product suite,” Supalla said. He added that the startup will also bolster its professional services business, including Particle Studios, its in-house IoT product development shop.

Particle has raised over $75 million in funding to date.