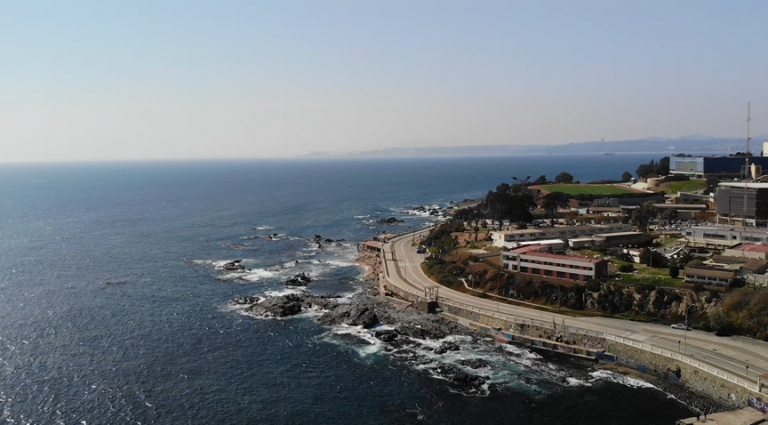 Google LLC today announced that it has finished installing and testing Curie, a 6,500-mile submarine internet cable connecting the United States with Chile.

The project’s completion comes seven months after the tip of the network link touched down in Valparaíso, a Chilean port city about 75 miles northwest of the capital Santiago. The other end of the cable connects to an Equinix Inc. data center in Los Angeles. Now that the hardware is in place, Google has moved on to the task of hooking up Curie to the rest of its network and expects the first packets to cross the Los Angeles-Valparaíso route in the second quarter of 2020.

Construction has also begun on a second branch that will land in Panama. Curie includes four individual fiber-optic cable pairs enclosed by a protective casing that will provide a combined 72 terabits per second of extra bandwidth to South America.

Google is not new to the world of submarine internet infrastructure. Curie is the 13th intercontinental communications link the company has laid down on the ocean floor to date and two more are in the works. The  first, Durant, will run from the U.S. to France, while the second is codenamed Equiano and is set to stretch from Portugal all the way to South Africa.

Google partners with specialist undersea construction firms to deliver its cables. In the case of Curie, the search giant tapped Eatontown, New Jersey-based SubCom LLC to carry out construction.

“Networking remains the biggest constraint of a digital economy and slows down next-generation applications in enterprises, thus inhibiting vital enterprise acceleration,” Holger Mueller, principal analyst and vice president of Constellation Research Inc., told SiliconANGLE. “It’s good to see Google focusing on this with both Curie and now SubCom – solving a key ‘donkey path’ of the internet – connecting the US with Pacific South America.”

Mueller said adding Panama will help with speeds in central America and northern Latin America. “Google has already the best network across its competitors and this will further expand its lead in the Americas,” he said.

With Curie, Google now partially or fully owns an estimated 8.4%  of the world’s submarine internet cabling. The tech company with the second-biggest presence on the ocean floor is Facebook Inc., which is reportedly planning to expand its footprint with a new cable that will encircle Africa and connect multiple countries on the contingent.