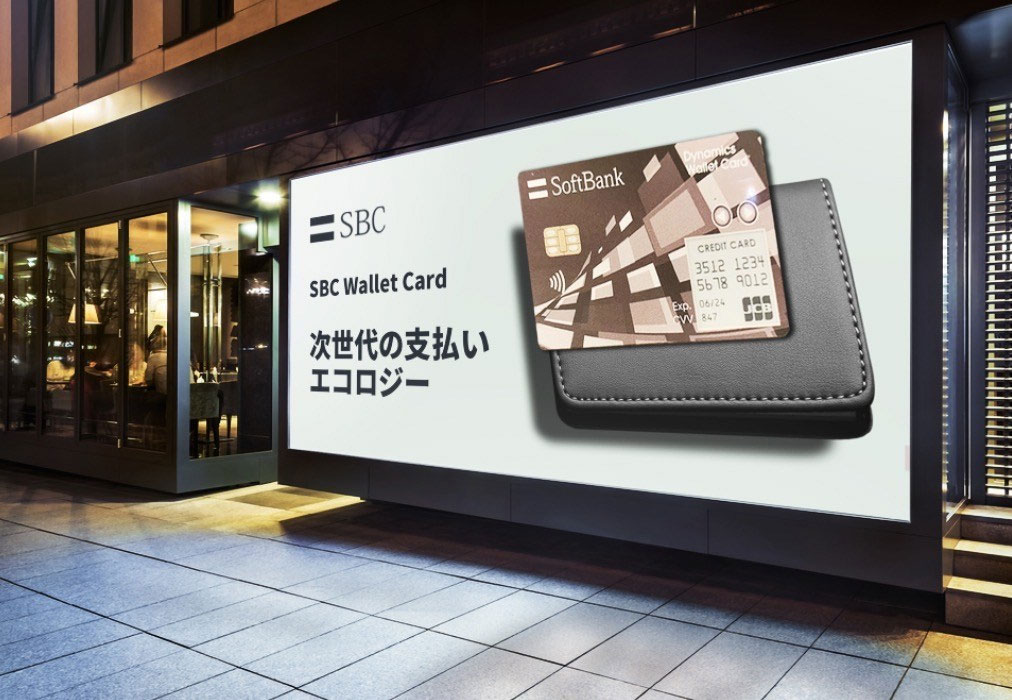 Tokyo-based Softbank Group Corp. announced over the weekend that it has released an ultra-thin blockchain-enabled wallet card, the SBC Wallet Card, designed to improve on shortcomings of traditional cards.

The SBC Card uses its own encryption system, implements multiple encryption mechanisms, can act as a hot and cold wallet and displays information on a card-thin liquid crystal display directly on the card.

To make that possible, users can access local currency using the card to use it with a credit card function and electronic payment service in order to eliminate block confirmation time, a delay that exists for blockchain transactions, and receive timely redemption and payments. Users can also exchange using bitcoin, or other currencies, also stored in the card’s internal, encrypted wallet system.

The Softbank 3.0 card version also includes a Wi-Fi function, local and blockchain currency switching buttons and an integrated information display screen. The Wi-Fi module activates a hot wallet for blockchain tokens, which makes them immediately accessible for transfer and it switches to a cold wallet when Wi-Fi is off.

According to the company, the onboard battery is designed to last up to three years in order to power the internal functions.

The release of the SBC Card greatly reduces the preparation time before card issuance, reduces issuance cost for multiple cards, will greatly enhance the relationship between users and merchants as well as enables a faster response in the event of theft.

The SBC Wallet Cards have received strong support from local businesses in Japan, where it is in initial release as of Nov. 27. More than 10,000 merchants in Japan have signed up to allow payments by cardholders at their stores.

After this opening launch period in Japan, Softbank plans to make the card available in more regions, including the United States, Southeast Asia, South Korea and Dubai.

In many ways, the SBC Wallet Card is an ultra-thin hardware wallet connected to a payment service, but it’s also entering a market with very few competitors.

Few other blockchain-based payment cards exist currently. There’s the Coinbase Card, which acts as a Visa debit card, but it’s limited to only six counties (including the U.S.). There’s also the Bitpay Card, which is a Visa prepaid debit card as well. And there’s the Wirex Card, yet another Visa debit card that offers multisignature cold-storage for cryptocurrency and rewards for using it.

The addition of wallet access and on-card display separates the SBC Wallet Card from competitors, since many of them just act as a bridge between the Visa network and cryptocurrency storage on their respective services.