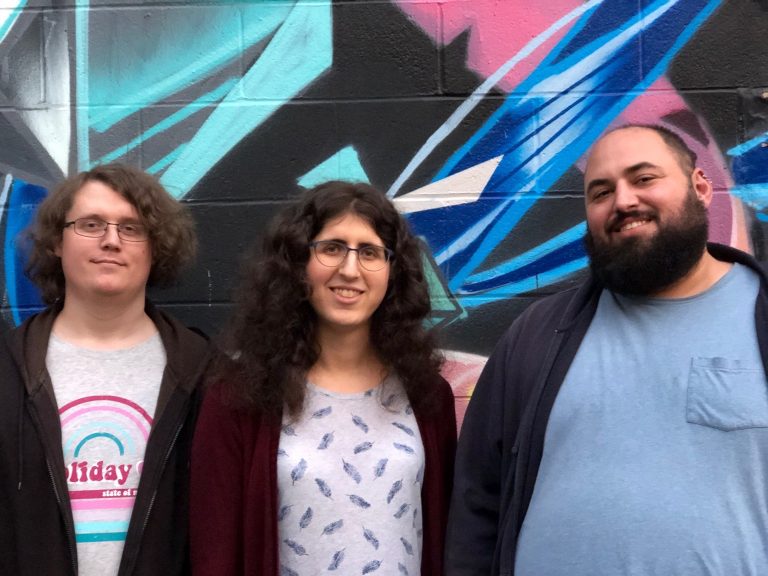 Four engineers recently filed by Google said Tuesday they’re planning to file a complaint with the National Labor Relations Board, saying the company is trying to quash internal activism.

The employees (three pictured) were let go just before the Thanksgiving holiday. All of them had been involved in some way with protests relating to certain Google projects. Those included the project with the Pentagon to supply artificial intelligence to go through drone footage and the development of a Chinese search engine, among other things.

In a memo sent to staff, which was obtained by Bloomberg, the company said the fired employees had shared information outside Google. They were accused of “systematic searches for other employees’ materials and work” and then allegedly sharing what they found externally. Some Googlers, said the memo, were concerned about this and requested to be moved.

“It’s not about us, but intimidating everyone else,” one of the fired engineers told The Guardian. “They want us afraid, they want us resigned and they want us cynical.”

The four wrote a post on Medium accusing Google of being hypocritical in view of its former motto, “Don’t be evil.” They added that what has happened is union-busting under the pretext of them leaking information from the company.

“Google’s crackdown on organizers came right before the holiday, less than a week after news broke that they’d hired a notorious union-busting firm,” wrote the four. “It’s clear that their draconian, pernicious and unlawful conduct isn’t about us. It’s about trying to stop all workplace organizing. Google wants to send a message to everyone: If you dare to engage in protected labor organizing, you will be punished.”

They say they will now file charges against Google for unfair labor practices with the NLRB. U.S. labor laws protect employees if they’re determined to have been retaliated against for protesting about work conditions.

“We dismissed four individuals who were engaged in intentional and often repeated violations of our longstanding data security policies, including systematically accessing and disseminating other employees’ materials and work,” Google responded in a statement. “No one has been dismissed for raising concerns or debating the company’s activities.”