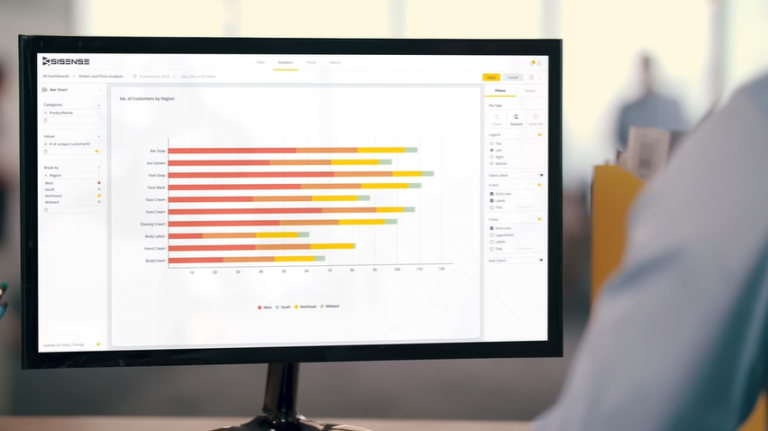 Well-funded business intelligence startup Sisense Inc. absorbed peer Periscope Data Inc. this year in a merger that bumped its annual revenues above the $100 million mark. Today, the company is continuing the corporate integration story by bringing more of Periscope’s technology into its platform.

It’s based on Data Engine, a tool originally developed by Periscope that promises to reduce the time it takes to run complex analytics queries on visualized information from hours to seconds. The capability works by essentially front-loading much of computational work.

In-Warehouse Data Prep allows administrators to look through a database, isolate the specific subset of information business users want to work with and pre-prepare that information for analysis. Business users can then run their queries only on the relevant subset of records instead of on the database’s full contents, which speeds up execution times.

The capability is being joined by a number of other new tools likewise meant to speed up data analysis. One of them is Sisense Quest, which enables companies to embed machine learning models in their dashboards. A bank, for instance, could create a dashboard that visualizes transactions and add in a fraud detection model that analysts can trigger via an interface widget to find suspicious activity.

Also new is Sisense Forecast. The tool can look at a collection of time-series data, say a year’s worth of monthly sales figures from a store, and calculate the trend.

As is the case with Tableau Software Inc., Sisense’s product strategy extends beyond its platform’s native interface. The company lets customers and partners embed dashboards into their own applications so workers may view data in the services they already use.

To support this use case better, Sisense is pairing the new features with Embed SDK, New Embedded Dashboard Designer Privileges and Embed Code UI Generator. Those are three development tools meant to ease the task of making its platform accessible inside other applications.