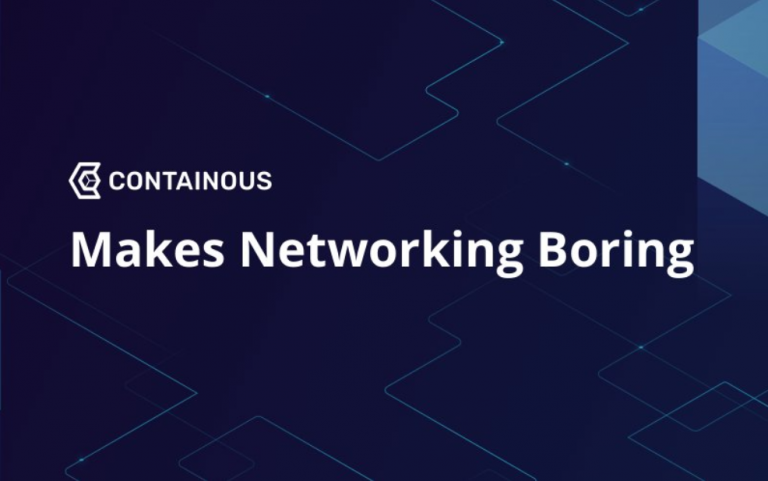 The Series A round was led by Balderton Capital, with participation from existing investors Elaia and 360 Capital Partners.

Four-year-old Containous has built what it calls a “multicloud networking platform” for containerized applications and microservices, which are the individual components of those apps. Entirely open source, its products include Traefik, a cloud-native edge router that’s used by developers to manage inbound connections from the internet to their Kubernetes and Docker Swarm-based infrastructure.

The company’s other product is Maesh, an open-source service mesh built on top of Traefik that’s meant to help developers connect, secure and monitor traffic to and from their Kubernetes apps. It’s essentially a dedicated infrastructure layer that controls service-to-service communication over the network, providing a way for microservices to easily talk to each other.

The company also sells a production-grade version of Traefik, called Traefik Enterprise Edition, that offers higher scalability and availability together with support services.

Containous can definitely put its new funds to good use, since its products are seeing widespread adoption among enterprises users, if its latest numbers are to be believed. The company said Traefik has now been downloaded more than 1.4 billion times from the Docker Hub, with two-thirds of those downloads coming in the last six months. It counts some big names among its user base too, with organizations such as the nonprofit Mozilla Foundation, eBay Inc. and Condé Nast Inc. running Traefik in production environments.

Containous said its next step will be to build out its engineering and product teams so it can accelerate product development.

“By taking the pain out of network management, we empower application and engineering teams to focus on software development,” Emile Vauge, co-founder and chief executive officer at Containous, said in a statement. “With Containous, users are free to build, iterate, and ship their applications rather than wasting valuable cycles on networking and infrastructure. We want development teams to view networking as a commodity, because that’s what it really should be.”