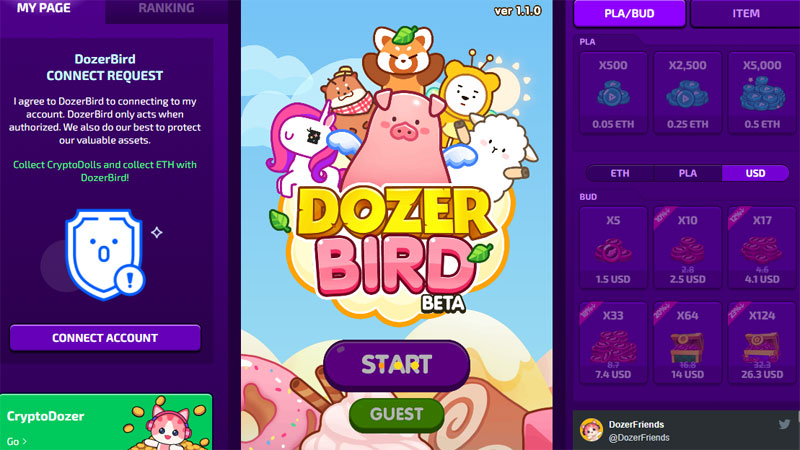 As a developer, SuperTree is best known for its successful popular blockchain games “CryptoDozer” and “DozerBird.”

Both of these games were launched in the Samsung Blockchain Wallet last year and introduced at the Samsung Developer Conference in the U.S.

“Through this investment, we are planning to increase the level of development of customer to customer marketplaces and tournaments that are under development and to reach commercialization soon after going through verification at home and abroad,” said SuperTree Chief Executive Choi Sungwone.

“CryptoDozer” and “DozerBird” are distributed apps, or dApps, which do not require a centralized server to run. Instead, they use blockchain technology – which distributes its storage and computation across multiple nodes – and self-executing smart contracts to provide the underlying communication infrastructure.

SuperTree is also currently developing a game tournament platform known as “PlayDapp,” which will enable real-time competition, as well as a customer to customer marketplace. This marketplace will allow users to directly trade items, such as virtual items within the games themselves, between one another.

“It is expected that the game industry’s use of blockchain technology will become active around the world,” said SBI Investment Korea Director Lee Joo-hyuk. “We are expecting the value of dApp and the blockchain game service platform ‘PlayDapp’ which SuperTree is developing to increase further.”

Also in the past few years, popular blockchain-based games have begun to explore the role of blockchains for collectible items, such as trading card games. They include games such as “Gods Unchained” from Immutable, for which $15 million in funding was raised during September, and “Spells of Genesis” from EverdreamSoft SA.

As a startup in the blockchain games industry, SuperTree is entrenched and includes a core team with significant experience in game development from companies such as South Korea’s largest mobile gaming company Netmarble Corp. and major massively multiplayer games publisher NCSoft.