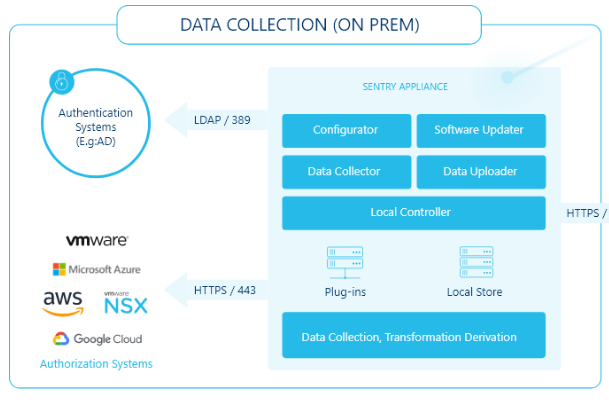 The round was led by Sorenson Ventures and included ClearSky Security, Dell Technologies Capital and Foundation Capital. Joining the board will be Stephen Ward, chief information security officer at The Home Depot; Ken Elefant, managing partner at Sorenson Ventures; and Suresh Batchu, co-founder and chief technology officer at MobileIron.

Founded in 2015, CloudKnox provides a single platform that manages the entire identity privilege lifecycle across private and public cloud infrastructure. The platform continuously detects and mitigates the risk of overprivileged machine and human identities while also giving administrators the ability to discover who is doing what, when and where across cloud environments, according to the company.

Under the hood, the CloudKnow Cloud Security Platform is comprised of two components, Sentry and FortSentry. Sentry is a Linux virtual machine that is installed in the customer environment that collects the privileges and activity data of all unique identities that can touch the infrastructure. That data is then uploaded to the software-as-a-service portal FortSentry for processing.

CloudKnox said it has seen triple-digit growth in 2019, though it didn’t reveal absolute numbers. That growth is fueled by rising demand from enterprise organizations looking to protect their critical cloud resources from accidental and malicious insider threats, the company said.

“CloudKnox’s exceptional growth demonstrates its value in delivering activity-based control through easily consumable data that makes it simple to take immediate action within the platform and significantly reduce insider risk,” Elefant said in a statement. “Based on our discussions with security leaders in Global 10,000 companies, there is a huge unmet need in the market for the CloudKnox solution.”

In addition to the funding, the company also announced that it had appointed John Donnelly as vice president of sales. He has previously held roles such as vice-president of sales for MobileIron and Vontu and, most recently, sales adviser for ClearSky Security and Wing Venture Capital.

Including the new round, CloudKnox has raised $22.75 million to date.