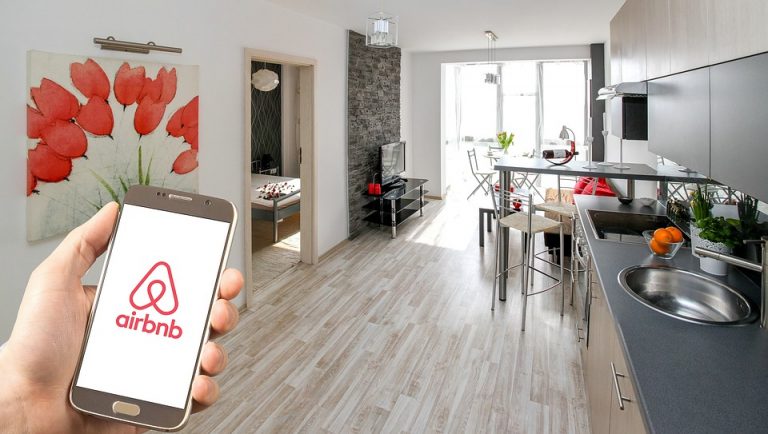 Already facing a delay of its initial public offering, things are going from bad to worse to Airbnb Inc. Now the company being sued by International Business Machines Corp. and newly leaked financials suggest its losses were worsening even before the impact of COVID-19.

IBM filed a lawsuit in the U.S. District Court for the District of Delaware on Wednesday seeking an injunction barring Airbnb from infringing on its patents and asking for an award of triple damages for past infringement.

The four patents in question relate to e-commerce with IBM saying “enough is enough” after six years of failed negotiations with Airbnb to license the patents. The patents IBM is suing over include 7,072,849, “a method for presenting advertising in an interactive service” covering how web services can put ads on client machines that relates to IBM’s development of pre-internet service Prodigy.

IBM has previously sued Groupon Inc. and Expedia Inc. over the use of the same patent along with several others. The Groupon lawsuit was settled for $57 million, while the Expedia case remains ongoing.

The news of the lawsuit comes as Bloomberg reported today that Airbnb booked a loss of $276.4 million excluding interest, taxes, depreciation and amortization in the fourth quarter, way up from a loss of $143.7 million in the same quarter of 2018. The figure, which comes from a “person familiar with the matter,” was not confirmed by Airbnb.

The figure follows a report in February claiming that Airbnb booked a loss of $322 million in the first nine months of 2019 on rising costs. That figure was notable at the time because in that period of 2018, the company had a profit of $200 million.

If Airbnb’s losses were significantly rising through 2019 — that is, before the impact of the coronavirus — the company could be facing a catastrophe in 2020 as global tourism has fallen off a cliff on coronavirus concerns.

According to data from Airbnb analytics firm AirDNA, Airbnb’s daily reservations have fallen in major cities such as Beijing, Seoul, Rome and Milan throughout the first two months of 2020. Bookings in Beijing are said to be down 96%, with only 1,655 reservations in the first week of March, compared with 40,508 bookings from Jan. 5 to Jan. 11.

Even this week, travel restrictions are spreading rapidly, with global travel coming to a halt. President Trump on Wednesday announced a one-month travel ban between Europe and the U.S. starting midnight Friday, but that’s one of many.

Put simply, if people can’t travel, they won’t be making Airbnb bookings. If bookings in Beijing, a city in a country that is actually in the process of recovering from the virus, are down 96%, hundreds of other cities worldwide are about to follow.

Discover Kubernetes Special Report
Many throats to choke: For better or worse, multiple clouds are here to stay
New PlanetScaleDB release delivers multicloud support
DataStax debuts Kubernetes operator to scale out Cassandra databases
All things Kubernetes: What you're missing at KubeCon this week
Kubernetes ships out version 1.18, with a focus on stability
View full report coverage