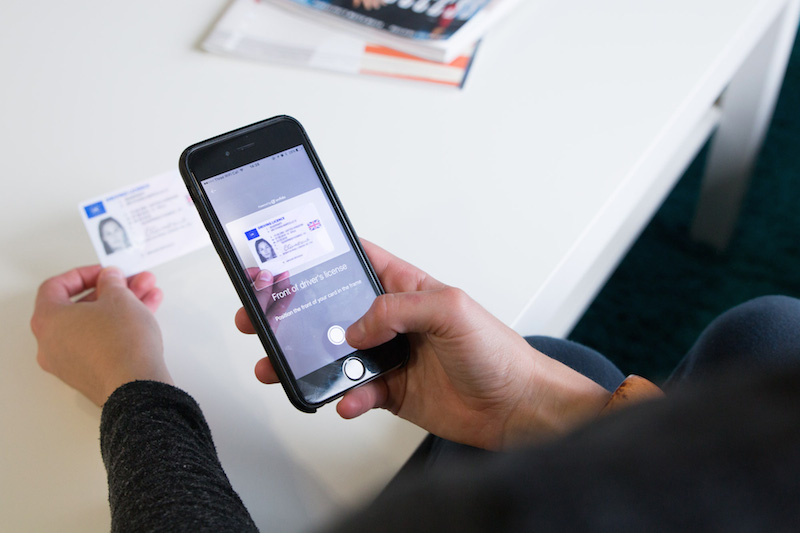 British identity verification and authentication startup Onfido Ltd. said today it has secured a fresh infusion of $100 million in capital as it tries to become “the new standard for digital access.”

Onfido’s main product is a software platform that gives people a simple way to verify who they are over the internet, using a mobile device. A two-step process is involved. First, users upload a picture of an official ID, and then Onfido’s software verifies the document is authentic.

Once that’s done, Onfido asks for a secondary verification by asking the person to take a selfie using their smartphone camera. But the user is also required to read text displayed on the screen, wink or perform some other simple action specified by the platform.

According to Onfido, machine learning algorithms running behind the scenes analyze the video to verify that the person performing the action is the same as the person who appears on the ID. Onfido says this is more reliable than asking users to take a standard selfie, an approach that could potentially be defeated by holding a photo to the camera.

According to Axios, the company is working with a European government to develop “immunity passports” for people who have recovered from COVID-19 and tested positive for antibodies. Chief Executive Husayn Kassai told Axios that as for the United States, Onfido has “indirect discussions at both the federal and state levels via partners.”

Onfido has already become the identify verification and authentication partner of choice for major brand such as Expensify Inc., Revolut Ltd. and Zipcar Inc. In addition, the company has partnered with a number of prominent cybersecurity providers, including Okta Inc. and SecureKey Technologies Inc.

While Onfido’s software is mainly used for purposes such as “Know Your Customer,” the company’s ultimate goal is to replace the use of insecure passwords as the primary method for people to login to different services online, said co-founder and Chief Executive Officer Husayn Kassai.

“Over the coming years, we’ll all be able to use our real identity to seamlessly access everything from financial services, online healthcare, trust marketplaces; to self-check-ins at airports, hotels and car rentals,” Kassai said. “Passwords will become a thing of the past as a method for signing in, as will queuing for hours to vote in person.”

Onfido’s plan is to use the new funds to refine its machine learning technology and scale up its business to new territories.