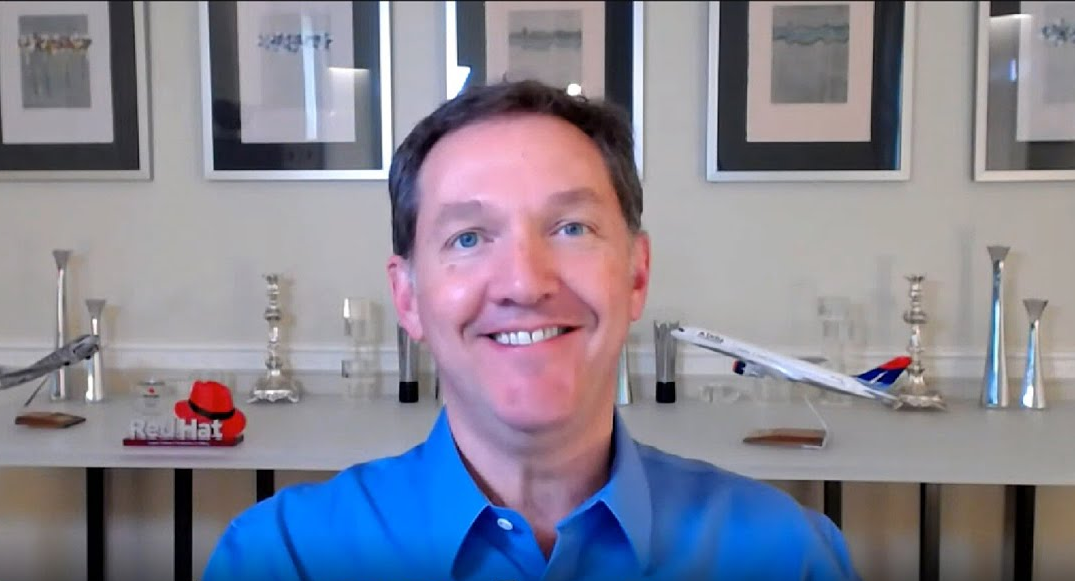 When Jim Whitehurst was named president of IBM Corp. in January, there was speculation in the media about how much of the open-source ethos he would bring to the company culture.

It didn’t take long to find out.

As part of the actions taken by IBM’s management team to address the new reality where most of the firm’s workforce must now work remotely, the company sought input from employees. This has become a set of expectations that not only were sent to the IBM community, but may soon be available to the world at large.

“We’ve created almost a contract, what our expectations are around work at home,” said Whitehurst (pictured). “It’s a whole set around ways of working that we crowdsourced inside IBM in a very open-source type of way. All of the entire senior team is now committed to that, and we’re planning on putting it out on GitHub as well.”

Whitehurst spoke with Stu Miniman, host of theCUBE, SiliconANGLE Media’s livestreaming studio. They discussed the company’s focus on employee needs, how one customer took the initiative to help track the virus, a changing mindset among some executives regarding a corporation’s role in society and support for environmental initiatives as the world celebrates Earth Day this week.

IBM reported its earnings on Monday, one of the first companies to do so in the current reporting period. Included in the company’s report were a number of stories associated with helping its customers, including support for one major U.S. insurance firm as it transitioned to a remote work model when none existed before.

IBM indicated that 95% of its own workforce of 350,000 employees was working remotely as well. This was a major driver for sourcing input and issuing expectations around working in the current environment.

“A lot of it is to recognize that it’s hard to know the stress that people are under or what they need to do to be effective,” Whitehurst said. “So, it’s the perfect time to back up and say: ‘Hey, you have to figure some of this out and tell us what you need to be successful.’”

In addition to making adjustments for its own employees as a result of COVID-19, IBM has also been working within its family of companies to develop new tools and resources for the global community to use during the pandemic.

One such tool was developed by the Weather Co. to map and analyze the spread of confirmed cases. It’s part of what Whitehurst views as part of the community coming together in a time of significant crisis without needing orders from him or IBM Chief Executive Officer Arvind Krishna.

“Within a matter of days, the Weather Channel app, which is an IBM app, had a COVID button on it so you could see down to your county level the number of people infected,” Whitehurst explained. “That bubbled up — that wasn’t a top-down with Arvind and me saying, ‘Let’s go do that.’ Having people broadly inside of corporations decide what role to play in society is a really helpful thing.”

The global pandemic has led Whitehurst to take stock of corporate priorities in ways that reflected a broader view of the world and society at large, something that a number of company leaders had been considering even before the current crisis.

In August, the Business Roundtable released a new “Statement on the Purpose of a Corporation” that proposed that a company had a broader responsibility to society than merely delivering profits to stockholders. It was signed by the chief executives of 181 corporations, including IBM.

“I know the theory that if we all profit-maximize, then society is better off, but I do think rounding that out with a little bit more of a sense that we can have a direct purpose beyond profit is something that great companies have always talked about,” Whitehurst said. “We went through a period of time in large corporate organizations around the world where it became a little more nameless and faceless. Things like goodwill matter, things like reputation matter, and certainly that’s true in open-source communities.”

IBM’s president also hopes that sense of goodwill will carry over to matters affecting the environment. On Wednesday, Whitehurst posted his thoughts in this area on IBM’s blog site in observation of the 50th anniversary of Earth Day, and he stressed the importance of not relegating climate change and the planet’s health to a back burner.

There have been numerous stories in recent weeks about the positive impact seen in air pollution and more visible wildlife as a result of the overall global slowdown.

“It is inspirational to see how quickly the environment can bounce back,” Whitehurst said. “I’ve often heard there’s nothing we can do, it’s an irreversible path. This shows how quickly change can happen, and I hope that people derive inspiration, because I do think it’s important to realize that our actions can have benefits.”

Here’s the complete video interview, one of many CUBE Conversation from SiliconANGLE and theCUBE: