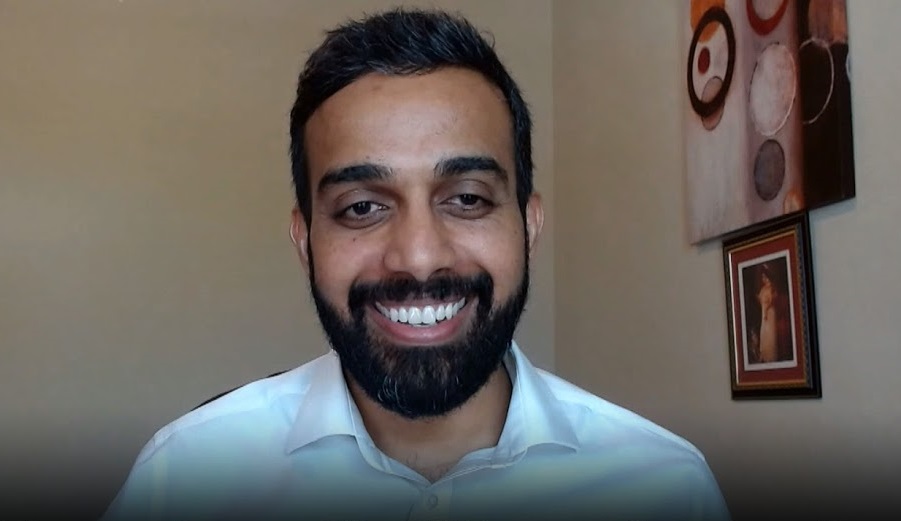 While Stack Overflow helps developers and technologists transform business, the company has also reached a place where it must transform as well.

As the largest online community for coders to learn and share knowledge, Stack Overflow has built an audience that today includes 50 million monthly unique visitors to its question-and-answer website and an additional 70 million who access other services on the broader-based Stack Exchange.

What draws sizable interest is a jobs product that accounts for half of Stack Overflow’s revenue, but it’s a Teams collaboration tool officially launched two years ago that’s showing the most growth and promise for the firm’s future.

As with many of the companies its users code for, Stack Overflow is transforming into a software-as-a-service platform.

“We know we’re in this beautiful Goldilocks zone of digital transformation where everybody is accelerating, even given the current environment,” said Prashanth Chandrasekar (pictured), chief executive officer of Stack Overflow. “In our Teams business, it’s all about our customers getting value from the collaboration SaaS platform that they’ve signed up for. We are really trying to transform and accelerate into a SaaS company.”

Stack Overflow’s transition to SaaS has been boosted by a number of factors in recent months. In November, Microsoft Corp. linked its own Teams product with Stack Overflow’s, connecting chat and internal knowledge bases for shared use by developers.

That was followed by further integration in March when Stack Overflow announced agreements with Jira, GitHub and Microsoft Teams Enterprise. There are already signs that the move to position Teams as a centerpiece in the company’s portfolio is paying off.

“We just closed the largest deal in our company’s history this past week for 30,000 seats at a very large global financial institution,” Chandrasekar said. “More companies are thinking about business continuity, about how they collaborate across their distributed, remote teams, and we have a very significant solution in that space.”

Collaboration across remote teams is a familiar area for Chandrasekar’s company. Even before the global pandemic struck, more than 40% of Stack Overflow’s employees worked remotely, including 60% of its marketing team and 80% of its product engineering team, according to the CEO.

Whether they are working remotely or not, what are developers interested in? Stack Overflow’s data offers insight into this as well.

Analysis of data from both GitHub Inc. and Stack Overflow released in March by RedMonk, found that Python was now as popular as Java, with TypeScript — a superset of JavaScript — rising up the charts.

“It’s a dramatic amount of impact to help these folks solve their most complex issues on a variety of topics,” Chandrasekar said. “It could be cloud-related topics, security related, full-stack engineering topics like Python or Rust. All of those areas are covered in detail for our community.”

In mid-April, Stack Overflow also released information on the impact of the pandemic on interest in content offerings through Stack Exchange. Not surprisingly, the site saw a 245% boost in traffic for Academia.meta, a community created eight years ago to help users learn how to conduct virtual learning.

“Online learning became a huge topic of interest when people went remote,” Chandrasekar said. “You not only had people at home trying to figure out how to school their kids, but you also had teachers in schools trying to find the best set of resources.”

Stack Overflow has made significant changes to its senior management team since last fall. Chandrasekar was hired as its new CEO in September, after holding multiple executive positions with the cloud services provider Rackspace Inc.. He replaced co-founder Joel Spolsky who remains as chairman of the board.

While the company’s new management appears strongly committed to a SaaS transformation, the relationship with Microsoft remains an interesting one to watch. Microsoft purchased developer-focused GitHub for $7.5 billion in 2018, and last week GitHub announced two new features aimed at developer collaboration.

“We have a tremendous number of enterprises that have joined our program over the past several quarters, including Microsoft, who is a very happy customer,” Chandrasekar said. “They have 70,000 developers, technologists, and go-to-market folks within Microsoft that are using our product platform to break down walls and be able to move very quickly.”