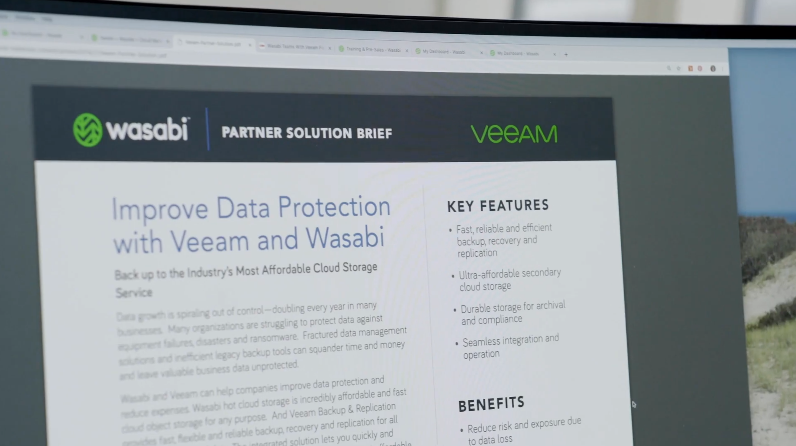 Wasabi Technologies Inc. today announced that it has raised $30 million in funding to expand its cloud storage platform, which competes with services such as Amazon Web Services Inc.’s S3 and added 10,000 new customers last year.

Boston-based Wasabi was founded in 2015 by veteran tech entrepreneurs David Friend and Jeff Flowers. In a 2017 interview on SiliconANGLE Media’s theCUBE studio, Friend explained that “if you know what Amazon S3 cloud storage is, you pretty much know what Wasabi is — except we’re one fifth the price.”

Three years later, Wasabi’s core value proposition remains the same: It claims its platform costs a fifth as much as AWS’ competing offering. Wasabi also promises better performance than the competition and the same 99.999999999% data durability, which in practical terms means a near-zero chance of customers losing records they store on the platform. “In other words, if you gave AWS or Wasabi 1 million files to store, statistically they would lose one file every 659,000 years. You are about 411 times more likely to get hit by a meteor,” Friend wrote in a blog post.

Friend, who serves as the startup’s chief executive, and co-founder Jeff Flowers previously founded cloud backup provider Carbonite. It was acquired by OpenText Inc. in 2019 for $1.4 billion.

Wasabi claims to have tripled its customer base to 15,000 in 2019 while increasing revenue fivefold in the process, though it doesn’t provide absolute numbers. The startup reportedly believes sales could rise another 350% this year.

To support its growth efforts, Wasabi has created a channel ecosystem consisting of about 2,500 partners that resell its technology to customers worldwide. The startup plans to double down on international markets using its newly closed $30 million funding round. Wasabi said it will work with its partners to extend its platform to Canada as well as additional markets in Europe, the Asia Pacific Region and Latin America.

Wasabi isn’t the only emerging player taking on the major cloud providers. DigitalOcean Inc., which offers a more expansive infrastructure platform that also includes compute options and services such as managed databases, has raised $350 million in debt and equity so far this year. The startup claims a revenue run rate of more than $300 million.