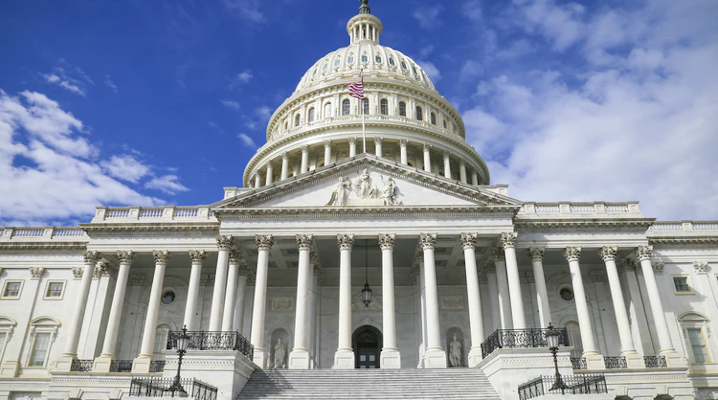 CEOs of Apple, Google, Amazon and Facebook will testify before Congress in July

Apple Inc., Google LLC, Amazon.com Inc. and Facebook Inc. have indicated that their chief executives will testify before Congress as part of lawmakers’ investigation into competitive practices in the tech industry.

A spokesperson for the House Judiciary Committee confirmed the CEO participation late Wednesday after Recode co-founder Kara Swisher broke the news on Twitter.

The hearing is reportedly set to take place toward the end of this month. There’s no information on whether Tim Cook, Sundar Pichai, Jeff Bezos and Mark Zuckerberg will appear in Congress or provide testimony virtually.

The House Judiciary last year launched an investigation into tech giants to determine if new antitrust legislation is needed to ensure fair competition in digital markets. The findings of the probe could be used to propose new bills regulating the industry’s biggest players. In a January interview on CNBC, House Antitrust Subcommittee Chairman David Cicilline stated that one idea under consideration at the time was creating a legislative mechanism to unwind mergers more easily.

Lawmakers have previously asked Apple, Google, Amazon and Facebook to hand over some internal documents, including executive emails, to assist the investigation. The CEO testimonies are expected to be one of the last steps before the committee wraps up the probe.

Amazon last month was the first to signal Bezos would be open to testifying, a move that was followed by Facebook and Google making similar commitments. The House Judiciary’s confirmation of the hearing on Wednesday reportedly came after Apple joined its fellow tech giants by indicating that Cook would be willing to take part as well.

Cicilline made it clear lawmakers were keen to get the CEOs’ testimonies. “We are going to get the documents and the witnesses we need to complete the investigation,” Cicilline told Bloomberg in June. “It is my hope that that will happen voluntarily, but it has always been the intention of the committee that if it does not happen voluntarily, that we will rely on compulsory process to do so.”

The tech industry’s largest players are facing other kinds of regulatory pressure as well. The Department of Justice and a group of state attorneys general are reportedly considering to file an antitrust lawsuit against Google. Apple was recently hit with not one but two separate antitrust probes in the European Union over its App Store and Apple Pay rules.