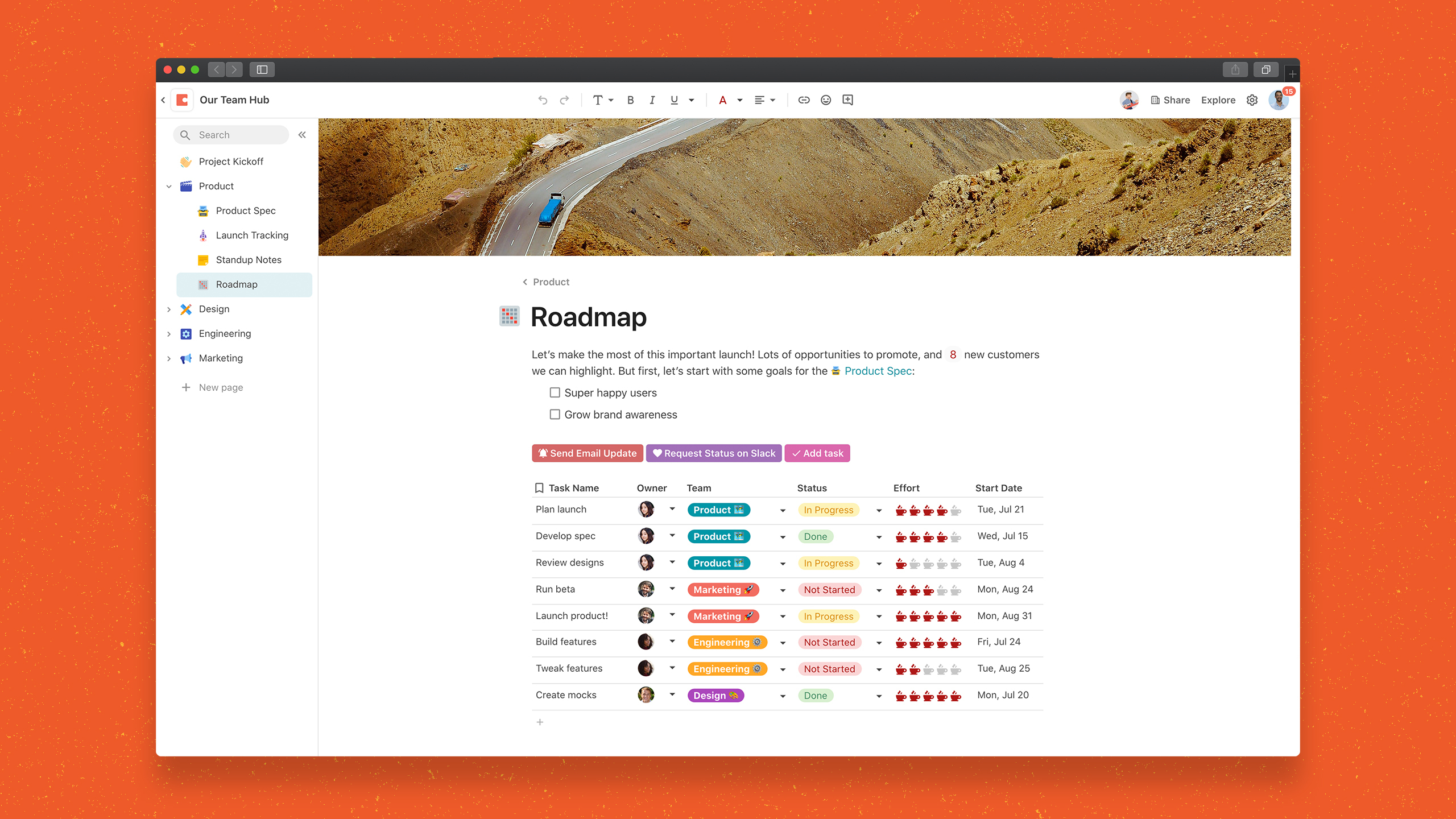 Online document startup Coda Project Inc. announced today it has raised $80 million in new funding on a $636 million valuation to build out its G Suite alternative.

Founded in 2014 and launched in 2019, Coda offers an online collaboration platform that includes the ability to create documents, spreadsheets, apps and project management tools. While offering an alternative to G Suite and Office 365, the company pitches itself as providing a blank canvas that provides users a set of building blocks such as tables that act like databases, or buttons that take action to create their own unique solutions.

The online service offers unification among documents, spreadsheets and workflow apps that brings together words and data into one flexible service. Coda says its building blocks provide time-saving templates that allow users to grow and evolve while meeting the needs of their team.

Despite being on the market for only a little over a year, Code has found an audience. Notable customers include Uber Technologies Inc., DoorDash Inc., Spotify AB, Robinhood Markets Inc., Square Inc. and The New York Times.

“It’s clear that there is true value in Coda’s vision for the world, that if given the right set of building blocks, anyone can make a doc as powerful as an app,” Mamoon Hamid, a partner at Kleiner Perkins, said in a statement. “Today, Coda is more relevant than ever as teams adapt processes and sharpen their workflows.”

Including the new funding, Coda has raised $140 million to date.