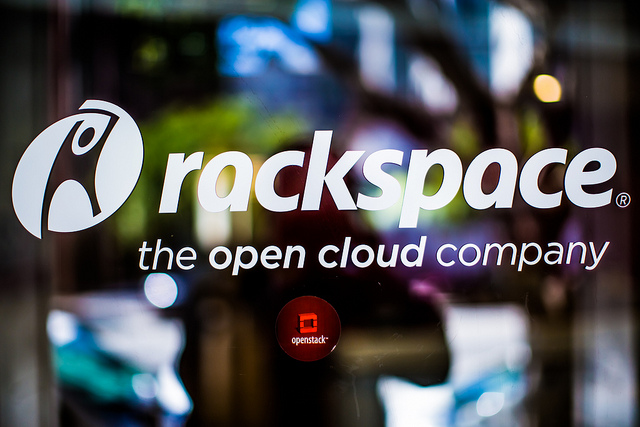 Amazon.com Inc. is reportedly looking to acquire a minority stake in partner Rackspace Technology Inc., which works with its Amazon Web Services Inc. business to help enterprises adopt the cloud.

Word of the talks emerged this morning via a report from Reuters. Amazon and Rackspace’s discussions are in a preliminary stage and it’s not guaranteed that a deal will happen, the news agency cited sources as saying.

Nevertheless, the report was enough to send Rackspace’s share price soaring more than 17% at one point today. It’s the biggest stock price jump for Rackspace since it floated on the Nasdaq through an initial public offering earlier this month.

San Antonio-Texas based Rackspace helps enterprises build and maintain public cloud environments by providing them with professional services packages. An especially big part of its business is dedicated to assisting organizations with AWS projects. In its IPO filing earlier this year, Rackspace said that its engineers had a combined 2,700-plus AWS certifications as of the end of May versus about 1,000 Google Cloud certifications and about 700 for Microsoft Corp.’s Azure.

An investment from AWS parent Amazon would further deepen Rackspace’s relationship with the cloud giant. From Amazon’s perspective, injecting capital into the company for a stake would be a way of boosting its partner ecosystem, which plays an important part in large enterprise deals. For Rackspace, an investment could potentially pave the path to deeper ties with AWS on the go-to-market front.

The two companies already collaborate extensively in a number of areas. In its IPO filing, Rackspace described its relationships with AWS and other cloud giants as a competitive advantage, detailing that “we work closely with our partners’ product engineering teams as the baseline for our roadmap development.” These relationships, Rackspace stated, “enabled us to stay at the forefront of innovation well before our competitors and develop services and tools around emerging technologies.”

Judging by the jump in Rackspace’s stock price today, Wall Street believes an investment from Amazon would be a boost for the company.

It’s not clear how big a stake Amazon would be looking to buy. However, given that Rackspace has a market capitalization of more than $3 billion, even a small minority stake in the low double-digit percentage range could fetch a significant price tag.

The sources who spoke to Reuters said that if the companies agree on the investment, a deal could be negotiated within a month or two.

The investment wouldn’t be the first time Amazon backed a partner. In the voice assistant market, the AWS parent operates a dedicated Alexa Fund that makes bets on companies developing voice technologies and products which integrate with Alexa.