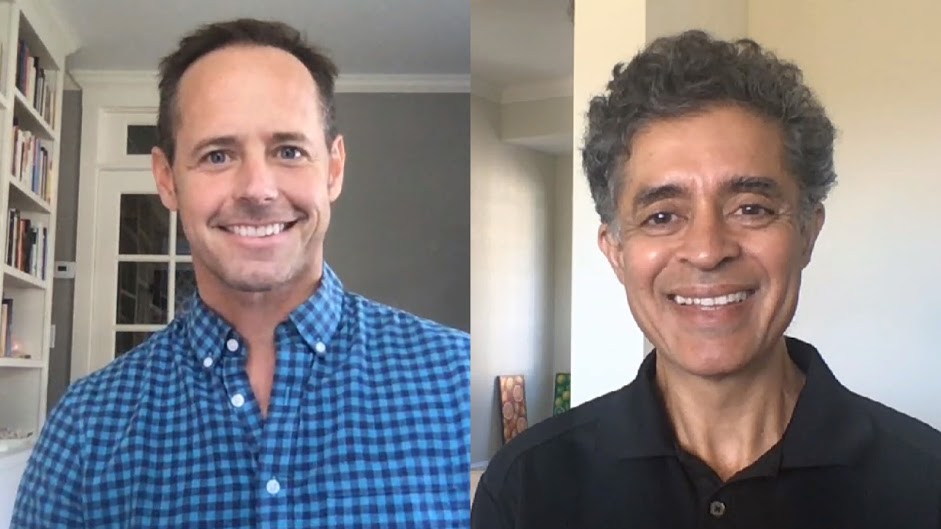 Equinix is one of the primary meeting points for cloud providers, ISPs, MPLS providers, end users and more. One of the most interesting Equinix offerings is its Performance Hubs, which allows organizations to bring hardware resources to the network edge, extending their networks into the Equinix’s IBX data centers to be closer to the end user.

The edge network that Equinix provides not only lowers latency to the end user, but also offers improved performance for cloud-delivered SD-WAN providers like VeloCloud, according to Bill Long (pictured, left), senior vice president of product management at Equinix Inc. Now, VMware’s VeloCloud, with its state-of-the-art SD-WAN solution, is capable of connecting Equinix’s Performance Hubs together so end users will have the same reliability and speed as if they were physically in the same private network.

Bill, I want to start with that [VMware/Equinix] partnership.

Long: So as people are moving more to a distributed hybrid multicloud type of architecture, they want to be able to get their infrastructure deployed out further, closer to their users. Previously, to do that they had to actually physically deploy the hardware. So the exciting partnership with VMware is what we’re doing with VeloCloud, where you can actually deploy the SD-WAN infrastructure on a virtualized basis, spin up the VeloCloud infrastructure, and have your SD-WAN solution without actually having to ship physical equipment.

So, Sanjay, I’d love to hear a little bit about the architecture of your service?

Uppal: So the software-defined part of this right from the get-go for VeloCloud now at VMware was to make this [WAN infrastructure] really to be simple and automated. And how do you get simplicity and automation? Well, you take most of the complexity out. And the way that we took the complexity out was to collapse all of that hardware at the endpoint and make it one very simple, easy-to-deploy appliance. And then on the other end, the collocated entities, where we had our software-defined, WAN gateways, there was the physical infrastructure that was required, and Equinix has been a partner to get those gateways deployed at the SD-WAN points of presence.

The great thing now is that you don’t have to deploy all that hardware at the hub endpoints. All you do is use Equinix’s network edge. You get our SD-WAN gateways, deploy them as software, and now you can also scale it.

Does SD-WAN fit into those [hybrid multicloud] environments where we’re connecting clouds?

Long:  You have the hub, which might be like a branch office location, and the spoke, which would be the head office. So, what’s important is, you want that hub to be the place where most ISPs or internet service providers are, such that you’re aggregating that traffic efficiently locally. And then you want to make sure you’re getting that traffic over to a cloud as efficiently as possible.

So in the locations where we have the VeloCloud gateway and the network edge solution, they’re all located together. So it’s a local place where the ISP networks terminate so you can originate that traffic from any kind of branch office location. You can then get it into the VeloCloud edge and then out to the cloud.

Sanjay, one of the items that caught everybody’s attention in the keynote is Project Monterey. Does SD-WAN fit into this Monterey discussion when we talk about the edge?

Uppal: The whole idea here is as you collect the traffic, you can also analyze parts of it, keeping privacy in mind. And this is where AI comes in because you can have specific algorithms going in and figuring it out when something goes wrong in the network — how to recognize that and how to self-heal.

So self-healing is one of those areas that we are working on, but the infrastructure that we’re putting in place between Equinix and us is a necessary building block to be able to get to that self-healing end-state that we’re all looking forward to.

Bill, on the edge piece, is this something that Packet is going to help with?

Long: We are still sort of the place that you can put your workloads, but instead of having to ship physical equipment, we’re just pre-deploying the infrastructure for you. So our goal is to really have the infrastructure at software speed, but we still will continue to stop really at the software layer.

So what the Packet acquisition was really about was removing one of those barriers of having to physically deploy equipment, such that people can deploy their infrastructure much more quickly and without the constraints and time — and Capex requirements of actually having to deploy physical equipment.

Watch the complete video interview below, and be sure to check out more of SiliconANGLE’s and theCUBE’s coverage of VMworld. (* Disclosure: Equinix Inc. sponsored this segment of theCUBE. Neither Equinix nor other sponsors have editorial control over content on theCUBE or SiliconANGLE.)