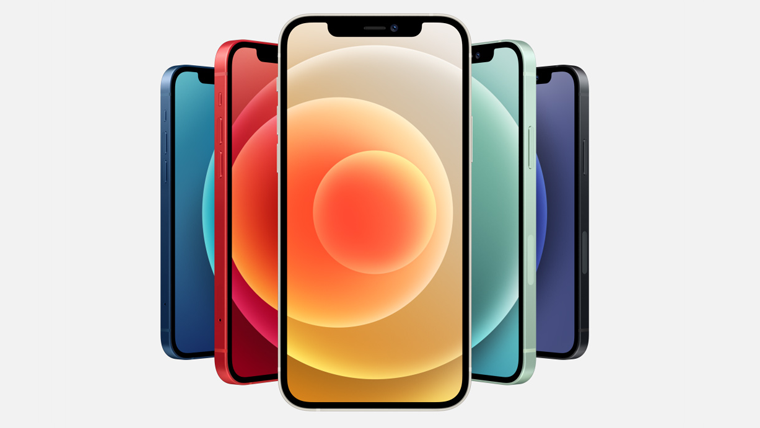 5G at last: Apple debuts iPhone 12 and iPhone 12 Pro along with HomePod mini

“Today is the beginning of a new era for iPhone,” Apple Chief Executive Tim Cook said during the company’s virtual launch event today, which also included the introduction of the HomePod mini smart speaker. “5G will bring a new level of performance for downloads, uploads, higher-quality video streaming, more responsive gaming, real-time interactivity and so much more.”

The iPhone 12 with 5G is the newest in Apple’s lineup of iPhones, and it features a brand-new industrial design with squared-off edges, resembling the latest iPad Pro.

The new high-definition screen will be protected by Corning glass coated with Ceramic Shield technology that has four times better drop performance than previous generations, meaning that when accidents happen, it’s far less likely to crack or shatter. The phone itself is 11% thinner, 15% smaller and 16% lighter than the previous iPhone as well. It will come in five colors: black, white, red, green and blue.

Powering the iPhone 12 is the A14 Bionic chip, a 64-bit six-core central processing unit. It integrates an Apple-designed four-core graphics processing unit with 30% faster graphics performance than the A12. It includes dedicated neural networking hardware for machine learning and can deliver 11 trillion operations per second for use with the camera for image processing.

The camera on the iPhone 12 allows the phone to take stunning photos and videos even in low light and reduce noise and aberrations. It features both wide and ultrawide cameras, which now have a night mode. Apple said it’s also better than ever at capturing low-light shots, and brings in 27% more light, making for better photos in daylight or moonlight.

Another feature included in the phone Apple calls MagSafe, a wound wire coil that accommodates magnets that allows accessories to “snap” onto the back of the iPhone so that they won’t miss their proper location and thus will properly situate themselves on the device to charge.

Apple also announced the iPhone 12 mini, which includes all the same features, only with a smaller form factor and a 5.4-inch Super Retina XDR display. 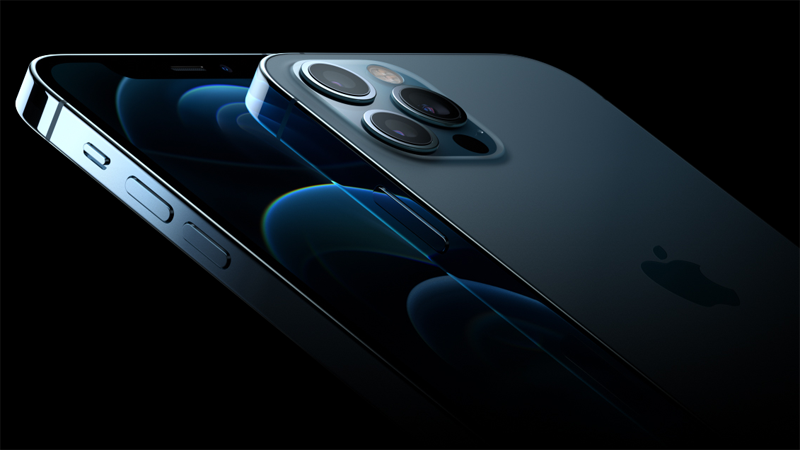 Feel the need to go bigger? The iPhone 12 has an even larger model in the iPhone 12 Pro and iPhone Pro Max with screen sizes up to 6.1-inch and 6.7inch, making them the biggest iPhones ever.

The iPhone 12 Pro and its Max version are made out of a durable stainless steel material and come in four colors: pacific blue, graphite, gold and silver.

These phones also have equally titanic camera systems that take advantage of the A14 Bionic chip and its computational photography capability. It is also capable of the same high-resolution, low noise, low-light capability of the iPhone 12, but even better using the enhanced camera system.

With the additional cameras, the iPhone 12 Pro, also has a lidar, or Light Detection and Ranging, capabilitythat can provide rapid focus in low-light, which means it can “see” even more quickly in any situation to get even more crisp photos than any phone on the market. This allows for not just better photos but also cinematic shots and high-performance video. 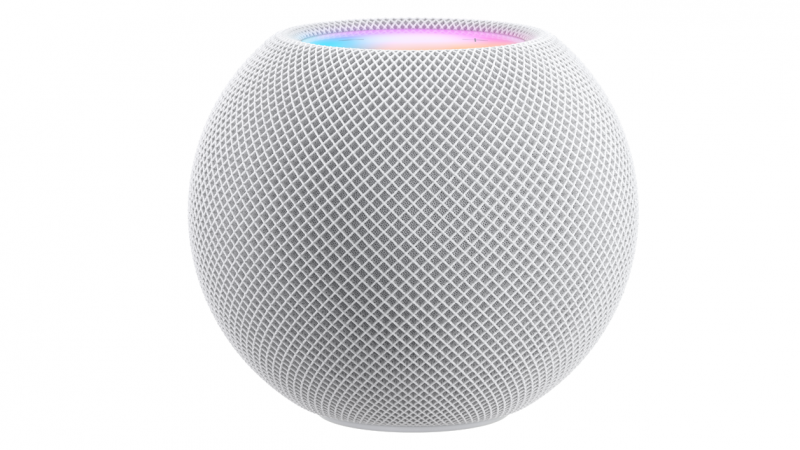 “As usual, the new iPhones are a huge step up — particularly visually,” said Barbara Peck, an analyst at Nucleus Research. “They’re all 5G-compatible, and Apple appears to be in close partnership with Verizon on its 5G rollout, despite T-Mobile’s sizable 5G availability.”

Peck also thinks the phones could be good sellers. “The chaos and uncertainty of the pandemic may slow sales of other products, but I do not anticipate that this will impact Apple in the long run,” she said. “The growth of online retail therapy amongst consumers over the last several months will likely contribute to the steadiness of sales for Apple, including the new iPhones.”

Apple also announced a new version of its HomePod smart speakers with the HomePod mini, a smaller version of the original model. It features a mesh fabric exterior in both black and white with a flat touch-display on top, where Siri’s display lives.

“In creating HomePod mini we thought carefully about what you want from a smart speaker,” said Bob Borchers, vice president of worldwide product marketing at Apple. “First, you want amazing sound that ensures your music, podcasts, and everything you listen to sounds incredible.”

According to Apple, the device integrates the company’s S5 chip, which provides the foundation for what it calls “computational audio,” allowing multiple speakers to synchronize around the house to permit room-to-room movement without losing out on easy listening. At the same time, two speakers can be set in the same room and they will recognize proximity and become stereo speakers.

“Next, you want a world-class intelligent assistant helps you wherever you are,” Borchers added.

With new Siri improvements, users can also ask music to be played by lyrics, meaning that people need not recall songs by titles or musicians.

Siri is now faster, smarter and knows more facts than ever before. Using Siri HomePod mini can answer facts, find your phone and even deliver information from the internet, including news and commentary, and remind you of calendar appointments with only a voice query.

And because your voice may not be the only one in your home, Siri and HomePod mini can tell your voice apart from others. If you and others ask HomePod mini questions at the same time, Siri will answer your questions in order without mixing up who is whom.

HomePod mini and Siri will also integrate with smart home accessories such as security options, thermostats, lights and other elements, allowing homeowners to control them with their voice through the HomePod speakers when they are in range.

HomePod microphones and speakers can also be used as part of an intercom system for two-way communication for families. As a result, this can be integrated with iPhone, Apple Watch, Apple Car and other personal devices to keep families connected.

Apple also stressed that privacy is paramount: Nothing said around a HomePod ever leaves the house unless the top of the device is touched or the trigger words “Hey Siri” are said.

“On the surface, the HomePod Mini isn’t too exciting, but it may sell well because of its $99 price point,” Nucleus Research’s Peck said.