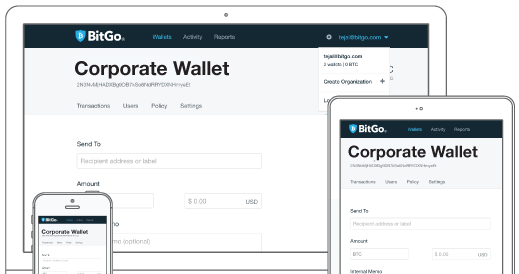 A day after announcing that it intends to offer cryptocurrency services to its customers, PayPal Holdings Inc. is reported to be discussing a potential crypto acquisition.

According to Bloomberg, PayPal has been holding talks on a possible acquisition of enterprise cryptocurrency wallet and custodial services startup BitGo Inc., with a deal possible “within weeks.”

Founded in 2013, BitGo offers enterprise-grade multiuser cryptocurrency wallets as well as application programming interface access to its underlying security platform. Its wallets are “multisig,” an abbreviated form of multisignature. They require a transaction to have two or more signatures before it can be executed, a security layer that reduces the risk of fraud.

BitGo also offers institutional investors with security, compliance and custodial solutions for blockchain-based currencies. A custody service is where a brokerage or other financial institution holds securities on behalf of the client to reduce the risk of the client losing assets or having them stolen.

While a potential acquisition price is not known at this stage, BitGo last raised $57.5 million in 2018 on a valuation of $170 million. Two years later as cryptocurrency markets have matured, particularly among traditional investors and corporations, presumably the acquisition figure would be higher yet.

BitGo may not be alone in gaining attention from PayPal, however. The report also noted that PayPal may be looking at other acquisitions in the market. It’s not known which companies, but there’s no shortage of startups in the cryptocurrency space that could be appealing to PayPal. If the potential acquisition of BitGo is a guide, PayPal would presumably be looking for companies that provide complementary services to its newly announced cryptocurrency service.