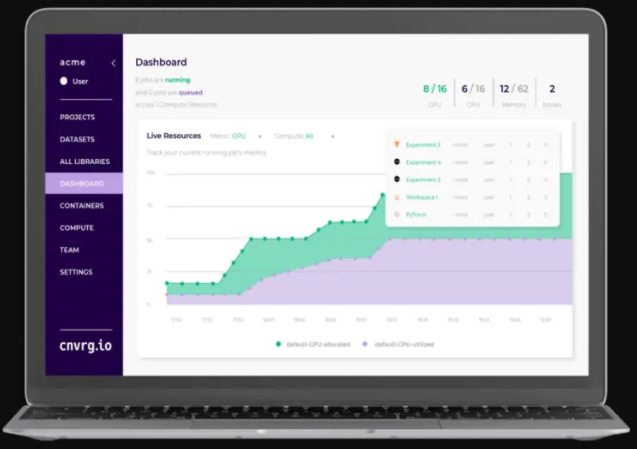 TechCrunch made the claim, though neither Intel nor Cnvrg.io has publicly confirmed the news as of the time of writing. TechCrunch did say Intel confirmed the deal. “Cnvrg will be an independent Intel company and will continue to serve its existing and future customers,” an Intel spokesperson told the news site.

In a recent blog post, Cnvrg.io claimed to improve visibility and increase machine learning server utilization by up to 80%. The company’s dashboard is said to deliver a snapshot of everything executed across compute clusters in terms of usage and user activity. Cnvrg.io allows administrators to monitor and compare overall capacity against both allocation and utilization, with graphs to identify gaps in efficiency.

The acquisition comes after Intel acquired artificial intelligence startup SigOpt for an undisclosed sum Oct. 29. SigOpt offers a software platform that is used by private firms and research groups such as OpenAI to boost the performance of their AI models. Its platform improves model performance through a method known as hyperparameter optimization.