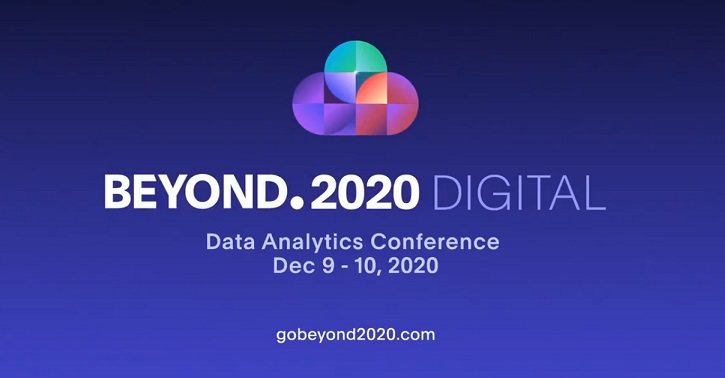 Frontline empowerment through data insight drives agenda for ThoughtSpot Beyond 2020

When it comes to equipping employees with the digital tools to make informed business decisions, there are leaders and there are laggards. In which category an organization belongs will likely determine its success in the months and years ahead.

Leaders and laggards in the complicated business of making informed decisions with the right information are the basis of an intriguing study by Harvard Business Review Analytic Services that was released earlier this year. The research study, sponsored by ThoughtSpot Inc., illustrated a link between empowering frontline workers and organizational performance.

By analyzing the sentiments of 464 business executives from 16 global industry sectors, the Harvard researchers found a startling reality. While nearly everyone agreed that frontline workers needed better technology and more insight, only 20% of organizations were empowering employees with the digital tools to make critical informed decisions. This is one of the disconnects that ThoughtSpot has set out to fix.

“Data can be this archaic mountain of things that people really don’t connect with,” said Sudheesh Nair, chief executive officer of ThoughtSpot, during a recent interview with theCUBE, SiliconANGLE Media’s livestreaming studio. “We are incredibly dependent on the signals that we derive from the data. What we should really be talking about is what data does.”

What data does and how it can be used to empower frontline workers are just a few of the topics that will be covered in ThoughtSpot’s “Beyond 2020 Digital Data Analytics Conference” on December 9. TheCUBE hosts will interview company executives and industry experts with a focus on how organizations build winning data cultures, the importance of leadership and education in providing key digital tools for the enterprise, and the challenges that lie ahead for the business analytics industry. (* Disclosure below.)

Harvard’s research revealed a problem that has been prevalent in the business world for at least the past two decades. While the internet was growing by leaps and bounds and users could rely on nascent search engines, such as Google, to make sense of it all, there was no comparable tool available for sorting through a growing mountain of data in the business world.

“The big problem that we saw was while companies were building big data lakes and warehouses with a lot of money being spent on capturing and storing data, that data was consumed by the end users, non-technical and sales people, marketing and HR, doctors and nurses, and that process was not changing,” said Ajeet Singh, co-founder and executive chairman of ThoughtSpot, during a recent interview with theCUBE. “You had to ask an analyst to build a dashboard for you. If I’m just trying to understand how my business is doing, how my customers are doing, I shouldn’t have to wait. That was the genesis of the company.”

ThoughtSpot’s technology was built to allow data access and insights to be more widely available across organizations. It was an approach that attracted the interest of larger companies seeking to address frustration with being unable to channel data into meaningful business insights.

“We were lucky enough to engage with some of the largest companies in the world, such as Walmart, who were very interested in our solution because they were facing these kinds of problems,” Singh recalled. “We almost co-developed this technology with our early customers, focusing on ease of use, scale, security, governance.”

One of the attractions offered by ThoughtSpot’s solution was the opportunity to reduce cost and generate additional revenue. This has proven to be of particular interest in the financial services industry, where artificial intelligence is emerging as a new frontier for growth.

Research by the Economist Intelligence Unit released earlier this year found that while AI has not yet become widely used among banks and insurance companies, there was a clear expectation by financial executives that between 51% and 75% of their workloads would be driven by AI technology within the next five years, and 86% of respondents said they planned to boost AI investment over that time.

ThoughtSpot has steered toward these kinds of market opportunities by offering products and services that capitalize on enterprise need for improvements in user experience, data exploration and data loading.

In September, the company announced ThoughtSpot 6.2, which included new exploration and visualization capabilities, along with the ability to share specific data in collaborative access interfaces.

“By breaking the barrier between business users and consumers where data becomes an inherent part of decision making, you can make a tangible difference in the world,” Nair said. “That is what we are trying to do.”

When ThoughtSpot was first launched in 2012, the cloud was coming into its own as a key resource in enterprise computing. As the cloud gained momentum and became an integral part of the IT landscape, the company has offered a cloud-based option over the years with connectivity to major cloud providers, such as Amazon Web Services Inc., Microsoft Azure and Google Cloud Platform.

In September, the company made another move in this arena with the launch of ThoughtSpot Cloud, a fully managed software as a service offering for its product suite. The launch of its own cloud has had a dramatic impact on deployment of the ThoughtSpot platform, according to Nair.

“You go to ThoughtSpot Cloud and connect to whatever SaaS data services you may have,” Nair said. “A typical ThoughtSpot deployment used to take around four to five months. Now it is taking around 35 minutes. That’s what ThoughtSpot Cloud does for our customers.”

Nair indicated that he has been giving a lot of thought in recent months to the platform concept. ThoughtSpot’s augmented analytics platform has clearly gained traction in a competitive market, with a $1.95 billion valuation and a customer portfolio that includes Walmart Inc., British Telecom Group plc and Daimler AG.

What distinguishes ThoughtSpot, as described by Nair in a recent interview, is its ability to put human characteristics at the center of its solution. People use and relate to its enterprise technology, and this core belief will likely infuse news the company plans to make at its upcoming “Beyond” event.

“A platform is useless if nobody is standing on it,” said Nair, during his conversation with theCUBE. “A platform is only a real platform if there are other players making money off what you have built. At the Beyond conference, on December 9, you’ll see us make some interesting announcements around this.”

Livestream of ThoughtSpot Beyond 2020

Guests who will be interviewed on theCUBE during ThoughtSpot Beyond 2020

Stay tuned for the guest list for theCUBE’s coverage of ThoughtSpot Beyond 2020.

(* Disclosure: TheCUBE is a paid media partner for ThoughtSpot Beyond 2020. Neither ThoughtSpot Inc., the sponsor for theCUBE’s event coverage, nor other sponsors have editorial control over content on theCUBE or SiliconANGLE.)