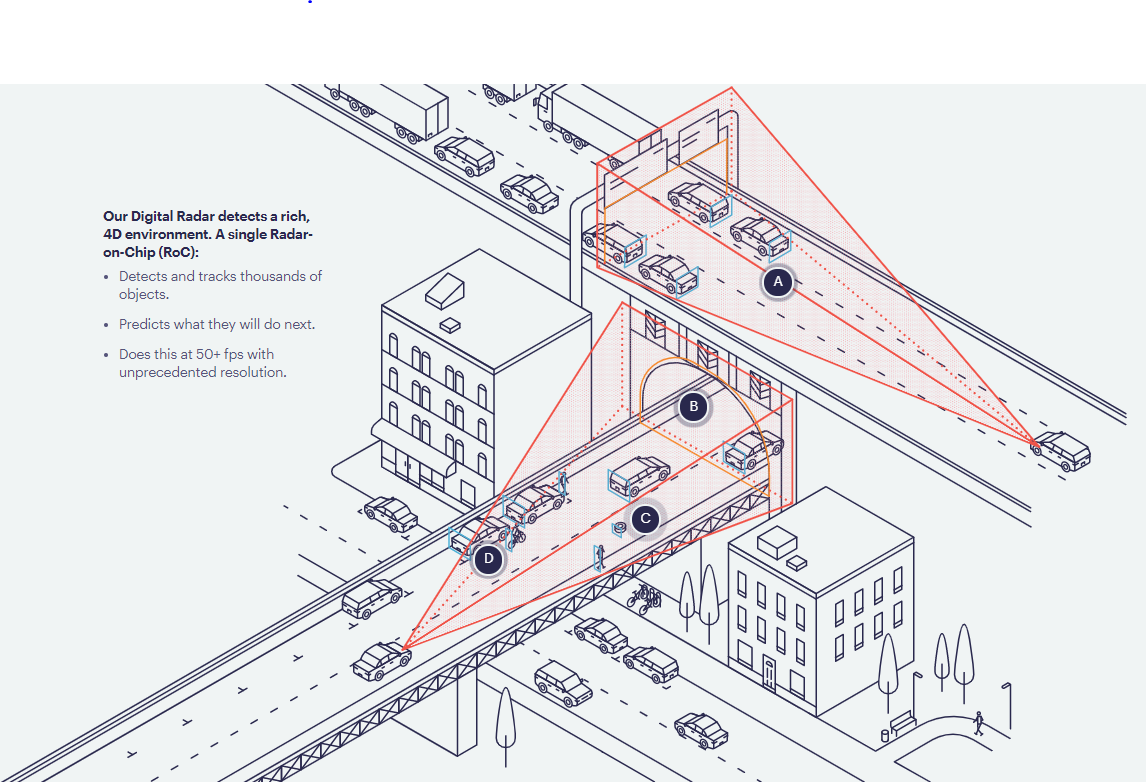 Digital imaging radar chip startup Uhnder Inc. announced today that it has closed on a $45 million funding round that brings its total amount raised to more than $145 million.

Uhnder is trying to disrupt the autonomous vehicle business with what it says is a more accurate and reliable alternative to light detection and ranging, known as lidar, which is one of the most common technologies used to make vehicles more aware of their surroundings.

The company has created a “digital imaging radar chip” that offers improved resolution and detection capabilities over traditional lidar, leading to increased safety for passengers, roads and cities in general.

Uhnder’s technology, which it also refers to as 4D imaging, is based on something called “digital code modulation” that’s said to be a superior replacement for the traditional analog frequency modulation used in lidar.

Lidar relies on Frequency Modulated Continuous Waves that modulate the frequency of sinusoid waveforms to transmit and receive a signal. The radar captures the echo of this wave, measuring the frequency difference between the transmitted waveform and the received waveform to determine the range, velocity and angle of arrival of objects it detects.

Uhnder does things differently. Its DCM technology uses a phase to modulate the transmit signal rather than the frequency, and then adds digital code to the phase to achieve more precise measurements. Further, it relies on multiple-input and multiple-output to obtain more parameters than traditional lidar, such as the elevation of an object. That gives Uhnder’s system a unique “high-contrast resolution” capability that enables it to resolve juxtaposed objects that are undetectable by traditional radar sensors.

“With HCR, bicyclists, children or pedestrians hidden by a large object such as a truck or an SUV can be detected early enough for the vehicle to take evasive action,” said Uhnder Chief Executive Manju Hegde.

Moreover, the entire system, including the analog front end, baseband, digital front end, and back ends and post radar detection signal processing, is integrated on a single chip. This helps to maximize silicon performance and reduce latency, the company says.

In addition to its most obvious application in autonomous vehicles, Uhnder’s chip can also has applications in the agriculture, mining and aerospace sectors.

Sensata, which sells 3D imaging sensors based on traditional radar and lidar, is planning to combine Uhnder’s DCM chip with its products and market them to clients in those industries.

“Our perception systems will be deployed globally across a range of applications,”said Steven Beringhause, Sensata’s chief technology officer and executive vice president. “It’s exciting to support the evolution to higher-performance digital radar, enabling our customers to deliver increasing levels of safety in their end applications.”

“Radar is the tool that helps machines to understand their surroundings, and like all things today it is moving from analogue to digital,” said Constellation Research Inc. analyst Holger Mueller. “Uhnder is at the forefront of this transformation and it is good to see that the start up is able to attract more funding. Now it is all about maturing the technology and getting it into the first vehicles on the streets.”

Uhnder’s said its product, Voxel, which includes its chip and 4D imaging technology, will be in production and automotive-qualified in 2021.