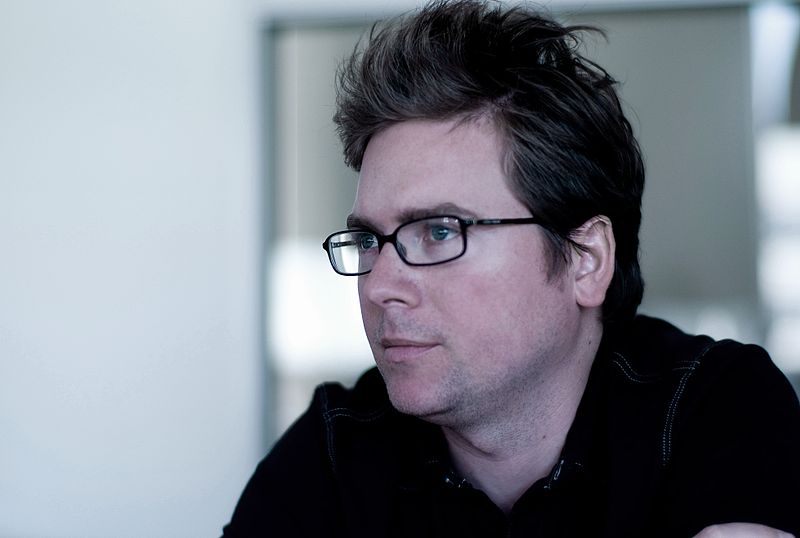 Build or die: How Twitter, Twilio and Snowflake co-founders transformed the enterprise

Anyone who has ever used Twitter, eaten a plant-based product from Beyond Meat, adjusted the temperature using a Nest thermostat, researched a pin on Pinterest, communicated via Slack or paid for a meal using Square has one person to thank: Biz Stone.

The lifelong technologist (pictured) has been either a co-founder or an early investor in these and numerous other firms over an entrepreneurial career that started in 1999 with Xanga, his first startup. It was at Google Inc. in the early 2000s that Stone worked with another ambitious entrepreneur, Evan Williams, but both became disenchanted at the big company and left to work on a podcasting platform named Odeo, whose other employee was Jack Dorsey.

The introduction of iTunes by Apple in 2003 brought a swift end to Odeo, so the three friends pivoted into an idea for a microblogging platform they ultimately named Twitter. Although Twitter became an overnight sensation and a household name, it did not become profitable for many years. It was an investment in Square Inc., led by Dorsey and currently valued over $100 billion, that propelled Stone to a prominent position in the tech funding world.

It was anything but a casual investment for Stone at the time, who was scraping by along with many of his Twitter co-founders and former Google colleagues. The decision to invest wasn’t based on incredible market insight either. It was all about friendship.

“I literally gave Jack everything I had at the time, it wasn’t casual for me,” said Stone, during an interview as part of the Startup Grind virtual conference in February. “I definitely wasn’t investing to try and make money. I felt the need to invest in my friends.”

Stone’s approach to investing, even in his earliest days, underscores how the working relationships formed and experience gained at major technology companies can often spawn the next level of innovation, whether that involves the payments space, new tools for developers or data warehousing in the cloud.

For Jeff Lawson, co-founder and chief executive of developer centric Twilio Inc., his early experience as a product manager for Amazon Web Services Inc., helped pave the way for his future entrepreneurial success.

Amazon’s laser focus on the customer experience and preference for allowing its developers to build cloud-based tools for the business instead of buying them from third parties made a big impression on Lawson, a developer himself. It led him to create Twilio, where developers have moved to the forefront of building new tools for the modern enterprise. His company leverages the power of software coding to generate the alerts users receive today when they verify an account on Stripe or order dinner from DoorDash.

“Software has moved from the back of house of every company,” said Lawson, in an appearance during Startup Grind. “Now it has moved into front of house with every experience that a customer has. It was build versus buy. Now it’s build versus die.”

In his quest to build a brand image for Twilio in the enterprise world, Lawson turned to a notably non-tech solution: a billboard on a major highway in Silicon Valley. After hiring an advertising firm that delivered disastrous results, Lawson came up with a simple tag line on his own based on TV ads he had seen for drug companies which recommended that customers “ask your doctor” before taking a certain prescription.

“Ask Your Developer” became not only the billboard’s pitch for Twilio, but also the title of Lawson’s recently published book on harnessing the power of software developers in the 21st century.

“It was a story written in three words,” Lawson recalled. “A lot of people took note, and it caused people to have a lot of conversations. That helped propel us in a next level of awareness.”

A better system for cloud

A chance collaboration inside another large tech company led two engineers to leave and create a business that resulted in the largest initial public offering by a software firm in U.S. history.

Benoit Dageville and Thierry Cruanes were both working at Oracle Corp. in 2012 when they became intrigued with the idea of building a new type of data warehouse system that would have cloud’s elasticity, offer superfast processing and unburden users from network management chores. Above all, it would be a lot easier to use than Hadoop.

“We really didn’t believe in Hadoop because of the complexity,” Dageville explained in a Startup Grind conversation. “The idea of Snowflake was to build a better system for the cloud.”

In building a better system, Dageville and Cruanes ended up revolutionizing the tech world in two significant ways. They showed that a pay-as-you-go, cloud-driven data warehouse could become a major success, and that a massive, highly profitable new business could be built on top of the platforms provided by large cloud providers such as AWS, Microsoft Azure and Google.

Mindful that what’s past is prologue, many of the co-founders of tech companies can’t resist taking an occasional look at what might be coming next.

Dageville is reluctant to predict Snowflake’s future, but he does see the evolution of an even larger role for the data-centric firm.

“The world is moving to the cloud and software as a service, we are all running in the same datacenter,” Snowflake’s co-founder said. “Our vision for the data cloud is to be one single cloud system for the world.”

Twilio has emerged as a prominent example of public companies which have boomed during the pandemic, rising in valuation from $10 billion last March to more than $60 billion today. For its co-founder, continued success will depend on the company’s ability to retain its developer-focused startup mentality.

“What can I do with this code to make someone’s life easier?” Lawson asked. “Our goal is to continually recreate that startup experience. You can execute really quickly and with urgency.”

Ever mindful of a new technology growth market, Stone is keeping a close eye on Clubhouse, the audio app that now has more than 10 million users and is being compared to Twitter in its early days.

“For five years, I’ve been thinking that audio is definitely a big part of the future,” Stone said. “I just want to be able to talk in my normal everyday way of talking and have the computer just get it. I feel like there is definitely is something there.”