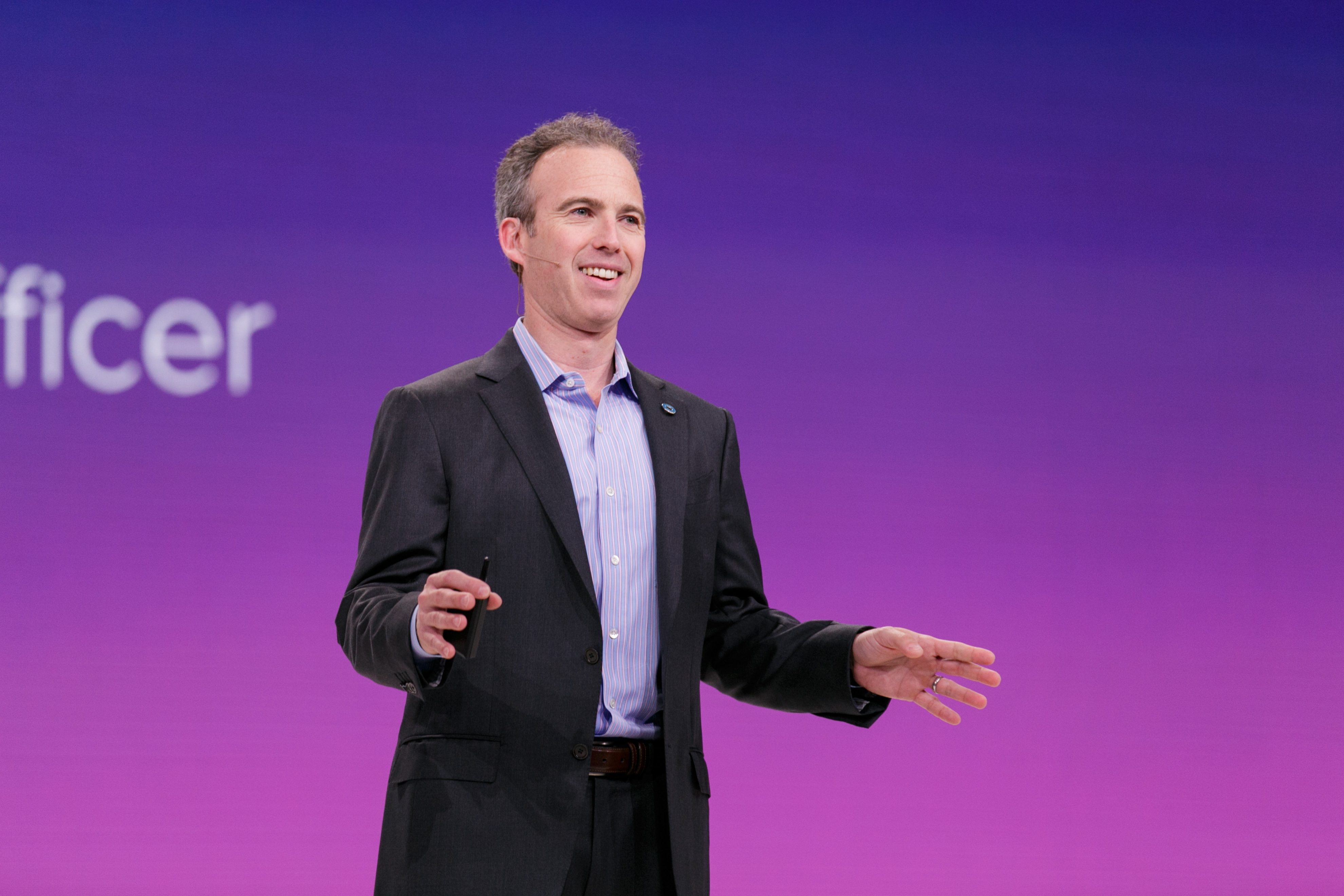 The news came just hours before Okta announced earnings results that exceeded analyst expectations but gave guidance that disappointed some market watchers. That, combined with the size of the Auth0 deal spooked some investors, who sent Okta stock down more than 11% after hours on top of a nearly 7% drop during a dismal day for the Nasdaq.

The strength of Wall Street’s reaction caught Okta Chief Operating Officer Frederic Kerrest (pictured) a bit off-guard. “I’m a little surprised, but we had strong financial results across the board,” he said in an interview with SiliconANGLE. “We are running this business the way we think we should. We’re playing the long game.”

The Auth0 deal should help in that capacity. Although the two companies have been fierce competitors, they target different segments of the market. Okta is strongest in regulating access for a company’s workforce, while Auth0 focuses on controlling customer access. Auth0 is also more developer-oriented, while Okta targets chief information officers.

“This puts Okta in a very advantaged position,” said Henrique Teixeira, a research director at Gartner Inc. “Okta had a lot of strength with business clients. Now they can double down on the developer with very good solutions for both sides of the business.”

Forrester Research Inc. Senior Analyst Sean Ryan agreed that the combination buttresses Okta’s developer strategy, “However, the big price tag also does signal that Okta lacks confidence in the ability of its own existing customer IAM offering and business approach to succeed alone.  It will take a long time to realize ROI.”

Okta said Auth0 will operate as an independent business unit and that both platforms will be supported and integrated over time. In a blog post, Okta Chief Executive Todd McKinnon said he and Auth0 CEO Eugenio Pace “share the same vision for the identity market, and we know that we will achieve it faster together.”

It remains to be seen how the companies will knit together product line address fundamentally similar markets. Kerrest said the two companies have more synergy than overlap. “We are competitors, but we do things a different way,” he said.

He noted that Auth0 brings millions of end-user customers into Okta’s orbit and expands his international reach, which currently makes up just 16% of Okta revenues. “Auth0 is the other way around,” he said. “We are investing heavily into both platforms and will figure out the best way to integrate them over time.”

The developer focus is important because “the biggest competitor in our market is build-your-own,” McKinnon said on a call with analysts. “For developers, you need a solution built from the ground up for them or they’re going to build their own. The developer ethos is very powerful in the culture Auth0 has built.”

“Most IAM companies struggle to sell to the developer side. AuthO gives Okta the buying center they have not been able to crack,” said Forrester’s Ryan.

Auth0 CEO Eugenio Pace added that asking developers to build identity management systems is not a good use of most companies’ resources. “Developers are scarce resource; we can’t hire enough of them,” he said.

Despite the size of the acquisition, which represents more than 20% of Okta’s total market capitalization, the deal is probably a good value, said Gartner’s Teixeira. “Okta becomes a very strong player in customer identity management, where they were already pretty good. They will now have the strongest solution.”

He speculated that the timing of the announcement during Microsoft’s big Ignite developer conference was probably not coincidental. “I think they want to send a message that they are one of Microsoft’s biggest competitors in the CIM market which is where the majority of growth is,” Teixeira said, referring to the Common Information Model for defining device and application characteristics.

Auth0 was also built from the ground up for the cloud, McKinnon said. “That isn’t true of a lot of our competitors,” he said. He noted that Okta is the largest identity provider for Office 365 environments despite Microsoft Corp. being a competitor. Fortune Business Insights estimates that the identity and access management market will total nearly $25 billion by 2026.

On the earnings front, Okta continued its rapid growth with a 40% jump in year-over-year revenue in the fiscal fourth quarter and a 42% increase in subscription revenues. Revenue for the entire fiscal year rose 43%, to $835 million, with subscription revenue growth of 44%. Remaining performance obligations, an indicator of business backlog, grew 49%, to $1.8 billion.

The company issued mixed guidance for fiscal 2022, however, with a forecasted loss of 44 to 49 cents per share versus consensus estimates of a four-cent profit. The company said it expects annual revenues of between $1.08 billion and $1.09 billion versus analysts’ forecast of $1.07 billion. The fiscal first-quarter loss per share is expected to be 20 to 21 cents, well over estimates of a six-cent loss.

Executives said the forecast reflects reasonable caution. “We’re tend to be conservative at the beginning of the year,” said Chief Financial Officer Bill Losch, who will retire later this month. “We’re cautiously optimistic about the macro, but there are still some uncertainties and that has been considered in the guidance we gave today.”

Okta scaled back on some investments early in the pandemic and perhaps missed out on some growth, he said. “Because the pandemic was not as impactful as we thought it would be, it’s possible we could have done even better and, because we are a subscription model, that is going to weigh on this year’s revenues.”

Okta asserted that customer trends are all in the right direction. The company crossed the 10,000-customer milestone in the quarter and now has more than 2,000 customers paying more $100,000 per year for its services. “We’re just getting going in this business,” Kerrest said. “These are tens of billions of dollars in this market.”

The company has lately been playing the platform card, promoting identity as a “primary cloud” that connects the other clouds customers will use. “Fifteen years ago IT was a homogenous environment,” Kerrest said. “Today, we have over 7,000 pieces of different technology integrated into the service. CFOs are thinking about how they can innovate best with all these different technologies.:

The pandemic hastened growth in Okta’s market, helping run off a nearly four-year string of quarterly results that exceeded forecasts, Kerrest said. “It accelerated everyone’s realization of how fast they can get up and running in the cloud,” he said. “Unfortunately, periodic events like SolarWinds are a reminder that on-premises software has a lot of risks and that these these are not core competencies for many of our customers.”

It’s not about the perimeter anymore, he added. “There is no perimeter,” he said. “People need to think about who it is, what access they have and from what device.”