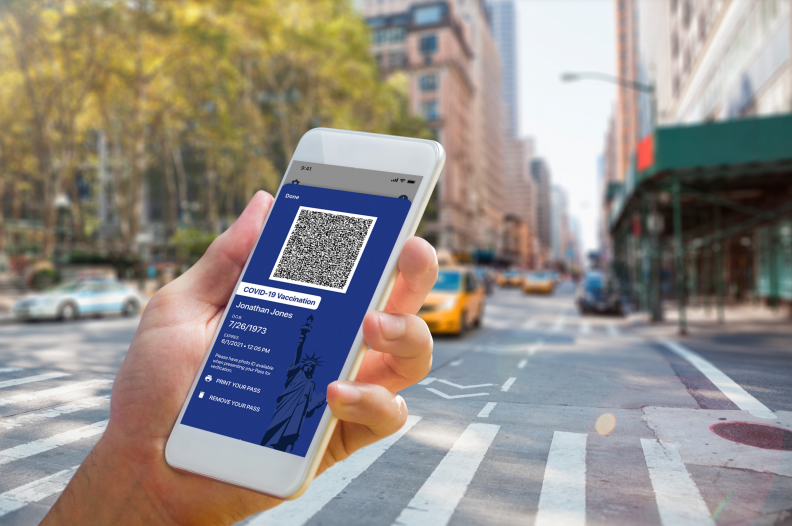 The app, called “Excelsior Pass,” is the first of its kind to go live in the U.S. It will allow people to use a QR code to prove their COVID-19 vaccination status. In a growing trend, some venues are now requesting proof of vaccination for entry, and in New York state, those who have been vaccinated can hold larger gatherings such as weddings.

Excelsior Pass is described as similar to a mobile airline boarding pass in that individuals will be able either to print out their pass or to store it in their smartphones using the app. Every business or venue can scan the pass using the QR code via a companion app to verify the COVID-19 negative results or proof of vaccination.

On its initial launch, the app will be first be used at venues such as Madison Square Garden in New York City and the Time Union Center in Albany.

“New Yorkers have proven they can follow public health guidance to beat back COVID and the innovative Excelsior Pass is another tool in our new toolbox to fight the virus while allowing more sectors of the economy to reopen safely and keeping personal information secure,” New York Governor Andrew Cuomo said in a statement March 26.

The use of IBM’s digital health pass is a boost for IBM’s blockchain division after reports in February that the company had greatly scaled back the division. IBM denied the reports and the division continued to sign deals, including working with Salesforce Inc. on implementing its digital health pass platform. The New York deal may set up IBM well as a preferred provider of COVID-19 passports.

IBM Digital Health Pass is a secure verification system built on blockchain technology that makes it possible to verify people’s health status based on certain criteria such as test results, vaccination records and temperature checks.

Once a vaccine has been administered, people will receive a verifiable health credential stored in a digital wallet on their smartphones that can be shared using the Digital Health Pass. That enables people to control whom they share their data with while protecting their privacy and ensures their health records cannot be tampered with.

IBM does have competition, however. As U.S. Today noted, open-source advocates have been developing a competing system, as has Walmart Inc., which is offering digital proof of vaccination to anyone who gets a shot in one of its pharmacies. The key here, going forward, is that one of them will eventually become the default technology of choice. With IBM working with one of the largest states, it’s arguably already moving into the lead.

Three insights you might have missed from the 'Accelerating Business Transformation' event
What's the buzz? Crossplane shows universal promise in scaling open-source builds
Three things you might have missed from AnsibleFest 2022
Growing tech landscape shines spotlight on need for enhanced data culture
A new approach to data management: Prioritizing ease of use and scale