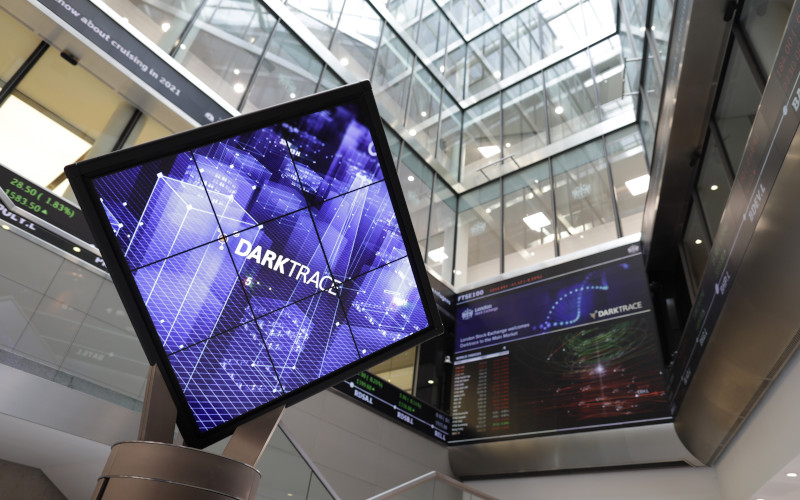 Shares of British cybersecurity firm Darktrace PLC jumped as much as 43% in their first day of trading on the London Stock Exchange today, following an initial public offering that netted £165.1 million, or about $230 million.

The listing’s success is a positive signal for the other cybersecurity companies that are currently looking at IPOs or are already in the process of going public.

Darktrace raised £165.1 million by selling 9.6% of its outstanding shares at 250 pence apiece. The company began its first day as a publicly traded firm with a market capitalization of about £1.7 billion.

The bulk of the proceeds from the listing, £143.4 million, will go to Darktrace, which plans on using the capital to invest in product development and go-to-market activities. The remaining capital will go to existing investors. The funding haul from the listing could reportedly increase by about £25 million or so through an overallotment option that allows Darktrace to sell additional shares if there’s investor interest.

Cambridge-based Darktrace provides a cybersecurity platform that uses AI to find threats across companies’ cloud environments, employee devices and other systems. It uses software sensors to understand what tasks each system performs as part of a company’s routine day-to-day business activity. Darktrace’s AI models identify breaches by looking for anomalous actions that differs from the usual day-to-day activity mapped out by its sensors.

Threat response tools typically respond to malware infections by isolating the systems believed to have been compromised. In the event of a false positive, that can unnecessarily disrupt the work of the business users who rely on those systems.

Darktrace’s platform is capable of taking a more fine-grained approach: Instead of isolating a device believed to be breached, the software limits it to the normal day-to-day tasks it usually performs. The company says this tactic blocks malicious activity while minimizing business disruptions.

Darktrace also competes in the breach investigation market with capabilities that help administrators identify the source of network compromises faster. According to the company, its AI technology is capable of running thousands of queries at once to collect information about incidents faster than human experts can.

The cybersecurity features of Darktrace’s platform are used by administrators at thousands of organizations, including Micron Technology Inc., KPMG International Ltd. and Siemens AG. The company says revenues increased by 45% in its most recent fiscal year, to nearly $200 million.

That revenue momentum was likely a major factor behind the success of Darktrace’s listing. Investors were willing to overlook the fact that, like many other high-growth enterprise software firms, the company is currently unprofitable as it prioritizes top-line expansion.

Darktrace’s listing comes a few weeks after another cybersecurity provider, IronNet Cybersecurity Inc., announced plans to float on the NYSE through a merger with a special-purpose acquisition company. About a month earlier, reports emerged that endpoint security unicorn SentinelOne Inc. had also started preparing for a public offering.