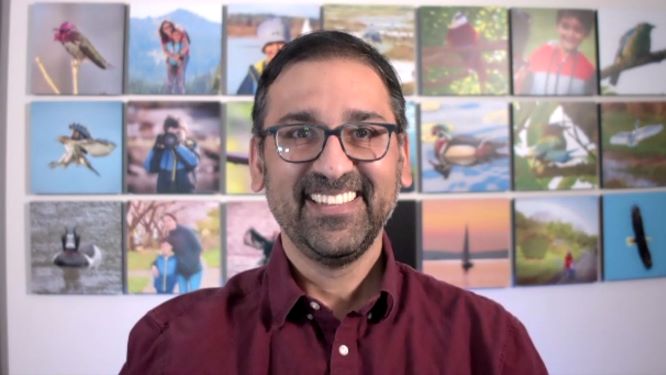 The partnership between Docker Inc. and Amazon Web Services Inc. to provide developers and administrators a reliable way to build, ship and run distributed applications at any scale has been around for many years. And with the increasing modernization of businesses’ IT infrastructure, that collaboration is continuing to evolve.

AWS services such as Fargate, Amazon ECS, Amazon EKS and AWS Batch make it easier to run and manage Docker containers at scale. Last year, AWS and Docker started to collaborate on the open Docker Compose specifications to create a path for developers using the Docker Compose format to deploy their applications.

“That’s one area where we worked really well together,” said Deepak Singh (pictured), vice president of compute services at AWS. “The other area where I think the two companies continued to work well together is open source in general.”

Singh spoke with John Furrier, host of theCUBE, SiliconANGLE Media’s livestreaming studio, during DockerCon. They discussed how AWS and Docker work together to simplify the work of developers, the growing engagement of the developer community and the prospects for the open-source environment. (* Disclosure below.)

AWS has a very strong commitment to Containerd, according to Singh. EKS and AWS’ Kubernetes service are moving toward Containerd, and AWS Fargate actually runs all on Containerd today.

In addition, the tech giant is collaborating with Docker in the specification of Open Container Initiative, an open governance structure, established in June 2015 by Docker and other leaders in the container industry, for the express purpose of creating open industry standards around container formats and runtimes.

Another area in which the companies have been partnering is image signing.

“There’s a project called Notary [and] we do the second version of the notary spec for remand signing,” Singh said. “AWS Docker and a couple of other companies have been working very closely together on bringing that spec, finalizing Notary … we can start building services for our customers on top of that.”

When it comes to allowing developers to innovate, the fundamental AWS service is Fargate, according to Singh. As a serverless computing engine for containers that works with both ACS and EKS, it makes it simple for developers to focus on building their applications. Fargate removes the need to provision and manage servers, lets users specify and pay for resources per application, and improves security through application isolation by design.

“Fargate is unique to us. It’s takes a lot of what we have learned about operating infrastructure at scale,” Singh stated.

With its growing involvement in open-source projects, AWS sees an increasing engagement with the developer community. One initiative that has encouraged this was the decision to open the roadmap for AWS container services. The repository contains information on what AWS is working on and allows all customers to provide direct feedback.

“The community can go into the roadmap and engage with us over there, whether it’s an open-source project or just trying to tell us what the feature is and how they would like to see it,” Singh explained. “It’s helped us prioritize correctly and think about what we want to do next.”

AWS’ conversations with companies revolve mainly around IT modernization. Although the COVID-19 pandemic accelerated this process, AWS began to see this interest from companies long before, according to Singh.

“I’ve walked into a meeting supposedly to talk about containers, but about half a conversation is spent on how does an organization modernized? What does an organization need to do to modernize?” he said. “And containers and serverless play a pretty important partner, because it gives them an opportunity to step away from the shackles of sort of fixed infrastructure.”

Likewise, companies are interested in learning more about CI/CD in a fully automated deployment.

“What does it mean for developers to run their own services? What are the channels? How do you monitor instrument your services? How do you do observability in the modern world?” Singh asked. “Those are the challenges that enterprises are going towards, and we are spending a ton of time helping them there.”

Watch the complete video interview below, and be sure to check out more of SiliconANGLE’s and theCUBE’s coverage of DockerCon. (* Disclosure: Amazon Web Services Inc. sponsored this segment of theCUBE. Neither AWS nor other sponsors have editorial control over content on theCUBE or SiliconANGLE.)