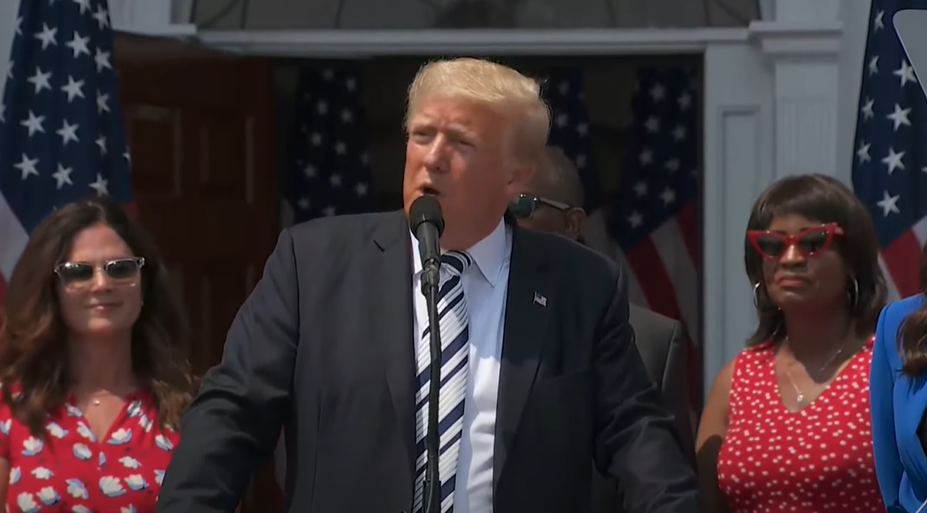 “We’re asking the U.S. district court for the southern district of Florida to order an immediate halt to social media companies’ illegal, shameful censorship of the American people,” Trump said at a press conference held at his golf club in Bedminster, New Jersey.

What he was referring to is his, and many other Republicans’ conviction, that social media behemoths harbor a bias against conservatives which allegedly results in censorship and algorithmic suppression of news that slants toward a conservative ethos — despite little evidence of that.

“We’re demanding an end to the shadow banning, a stop to the silencing, a stop to the blacklisting, banishing, and canceling that you know so well,” said Trump. “Our case will prove this censorship is unlawful. It’s unconstitutional, and it’s completely un-American. We all know that. We know that very, very well.”

Trump himself is banned from Facebook and Twitter, as well as Google-owned YouTube. The reason for the bans was repeated violations of policy in regard to posting messages that could incite violence. The final straw was content he posted during the Black Lives Matter protest and the Capitol Hill riot. It seems the ban is permanent on Twitter, although Facebook and YouTube seem to be wrestling with his indeterminate suspension.

Trump said at the conference that his team is looking to seek “punitive damages” and more lawsuits will follow. He said the suits are a “pivotal battle in the defense of the first amendment” adding that he is “confident that we will achieve a historic victory for American freedom and at the same time, freedom of speech.”

Still, it is unlikely he will win, mainly because the companies are private business entities rather than arms of the government. Therefore, tech companies have every right to ban someone who breaches their policies, even if for some the ban is deemed unconstitutional. Trump’s lawsuit will argue that the companies rise “beyond that of a private company to that of a state actor.”

For a long time, Trump has railed against the protections afforded to tech companies under Section 230 of the Communications Decency Act. This gives immunity to those companies for what content appears on their platforms.

“It’s a liability protection the likes of which nobody in the history of our country has ever received,” Trump said at the conference. Politicians from both sides have expressed concern in the past over Section 230 and talked about amending it, although that likely won’t help his current mission.

Critics have called this latest move a publicity stunt, which is no stranger to Trump’s ambit. Vanderbilt University law professor Brian Fitzpatrick went as far as to tell CNBC, “I wouldn’t be surprised if it ends with sanctions against the lawyers for filing a frivolous lawsuit.”