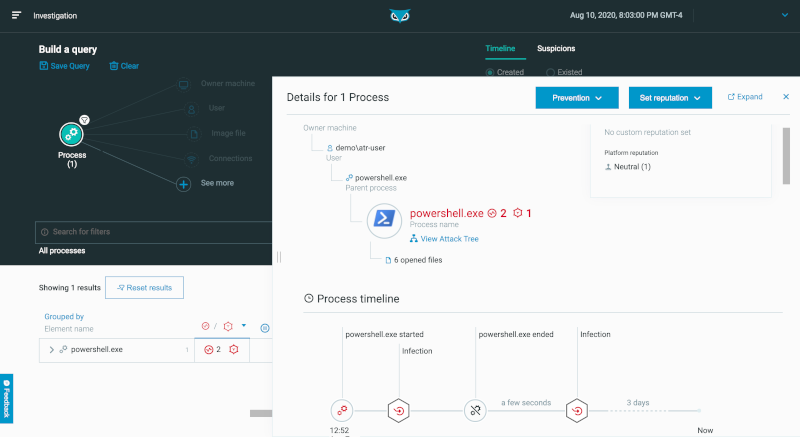 Cybereason Inc., the maker of a threat detection and response platform that it says enables one cybersecurity professional to protect 200,000 endpoints, has raised $275 million in new late-stage funding to support expansion initiatives.

The Series F round was announced this morning. It was led by former Treasury Secretary Steve Mnuchin’s Liberty Strategic Capital with participation from Neuberger Berman and SoftBank Group Corp.

Boston-based Cybereason provides a cybersecurity platform that helps companies both detect hacking attempts targeting their systems and block them. It can spot hacking attempts across systems ranging from employee mobile devices to public cloud applications. The platform scans about 10 petabytes of security data weekly for customers, Cybereason says.

A third way the startup’s platform spots threats is by deploying so-called decoy files in a company’s network. When a hacker attempts to access one of the decoy files, Cybereason can detect that there has been a breach and alert administrators.

For responding to breaches, Cybereason provides a dashboard that visualizes the technical details of an incident to help cybersecurity teams find the best course of action. The dashboard also includes controls that the startup says allow administrators to perform tasks such as removing a malicious program with a few clicks.

Some security tasks may be automated entirely using the platform, Cybereason says. That saves time for administrators and potentially increases the speed at which a company can respond to hacking attempts.

Cybereason claims that the time savings provided by its platform’s various features can shorten the time it takes to detect and block threats by up to 93%. By reducing the amount of manual work involved in mitigating each threat, it allows cybersecurity professionals to tackle more hacking attempts during a shift. The platform allows a single cybersecurity analyst to monitor up to 200,000 endpoints in their company’s network, according to Cybereason.

The startup will use the funding to double its 850-person workforce over the next 12 months, CRN reported today. Cybereason also plans to look at acquiring smaller startups with cybersecurity technologies that could complement its platform’s current feature set.

Acquisition activity in the cybersecurity segment may increase this year, thanks partly to the fact that key market players have more capital to spend on strategic startup purchases. Several other cybersecurity providers besides Cybereason have inked nine-figure funding rounds since the start of the year. Others raised even larger sums through initial public offerings.

“Over the past year, we’ve experienced hypergrowth across the globe as defenders recognize that ending advanced attacks isn’t possible using solutions that rely on meaningless alerts and human intervention,” said Cybereason co-founder and Chief Executive Officer Lior Div. “Unlike our prolific alert-generating competitors, Cybereason takes an approach that enables defenders to end malicious operations instantly, resulting in the most comprehensive prevention, detection and response solution on the market.”