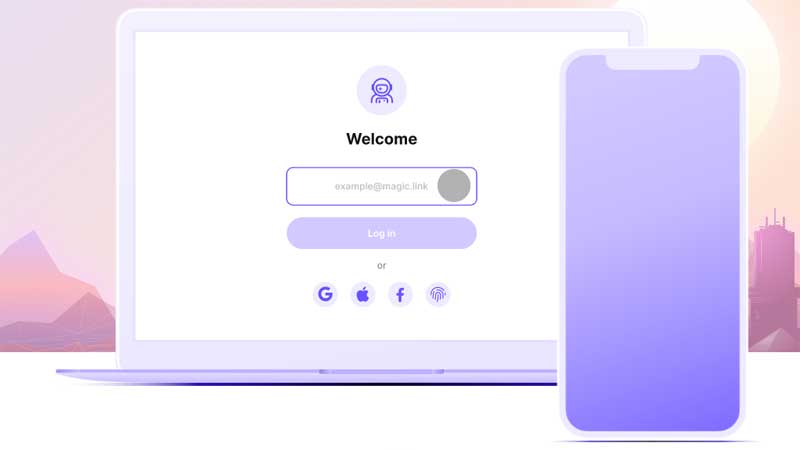 Magic Labs Inc., a startup that provides decentralized passwordless authentication for websites, said today that it has raised $27 million in an early-stage funding round led by Northzone.

The Series A funding round brings the total raised by Magic to $31 million following a $4 million seed funding round in May 2020. It was led by Northzone, with participation from Tiger Global, Placeholder, SV Angel, Digital Currency Group, Coinfund and Cherubic.

Magic delivers a system for websites that avoids passwords by giving them passwordless logins. That makes users safer because their passwords can no longer be stolen in data breaches, which can get worse if the user reuses passwords elsewhere such as on a bank account.

“This new capital will help us double down on empowering developers and future-proofing our technology, to ensure Magic is the most secure, seamless and scalable way to onboard users sans passwords,” said Magic co-founder and Chief Executive Sean Li.

Instead of passwords, Magic uses public/private cryptographic key pairs created on the Ethereum blockchain. The public cryptographic key acts as an identifier, proving to the website whom the users are, and the private key is a secret that only the users can access. Instead of revealing their secret, the way one might send passwords, users instead prove that they know the private key by signing a piece of data with it.

Magic makes this happen with an easy-to-use system of emailed links that can be integrated into any app by developers using a software development kit. The platform also permits developers to use social logins – via Google, Facebook, GitHub and more — and WebAuthn to provide authorization with just a few lines of code.

Magic began supporting Ethereum and now supports 14 different blockchains, including Polygon, Tezos, Polkadot and Flow, with more such as bitcoin planned in the future.

A report from Verizon in 2019 revealed that 81% of data breaches came from password attacks. Users don’t tend to choose passwords that are complex – since they’re harder to remember – and that can lead to their getting hacked. Many support tickets also involve users needing their password reset: An estimated 50% of all support tickets are related to lost and forgotten passwords.

Since launching in 2019, Magic has signed up thousands of developers and powers hundreds of applications in production. It also supports customers such as blockchain art gallery Async Art, news website Decrypt, programmable equity company Fairmint and developer search engine Devbook.