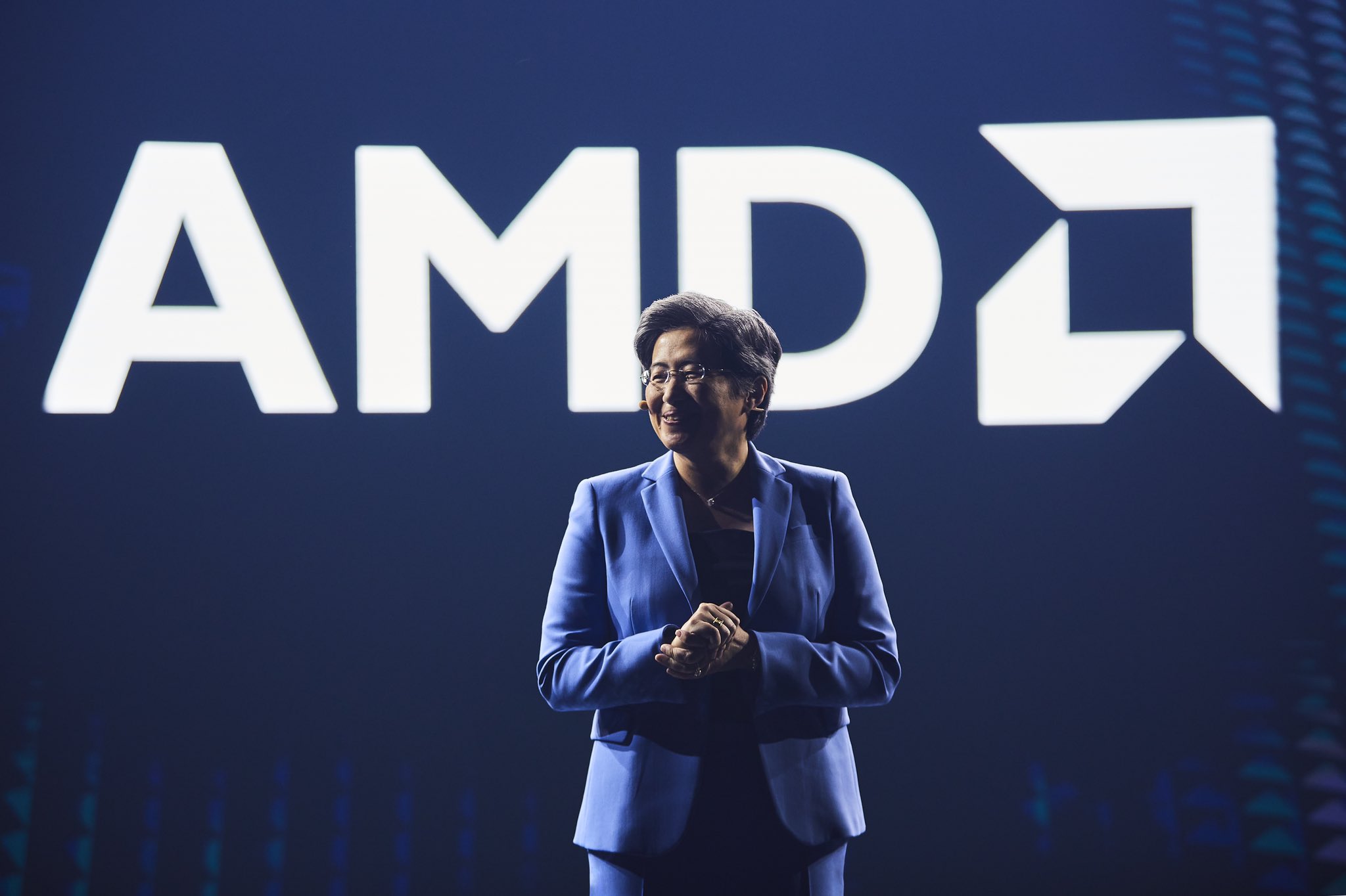 The company also guided higher for the current quarter and upped its full-year guidance as well in a sign that it’s gaining more market share from its rivals.

AMD Chief Executive Lisa Su (pictured) said in a statement the company “performed exceptionally well” in the quarter, adding that its profitability more than tripled from a year ago. “We are growing significantly faster than the market with strong demand across all of our businesses.”

Since taking over as CEO in 2014, Su has transformed AMD, bringing it back from the brink of irrelevance to become one of the star performers of the computer chip industry thanks to a host of new products that many believe are more competitive than those of rivals such as Intel Corp.

That’s especially true when it comes to chips for computer servers. AMD’s Enterprise, Embedded and Semi-Custom business achieved stunning results, with revenue up 183% from the same period one year ago to $1.6 billion. Much of that growth was driven by sales of AMD’s new EPYC chips.

Su pointed out in a call with analysts that it was the company’s fifth straight quarter of record server chip sales.

The Computer and Graphics segment was certainly not sluggish either. That business, which sells chips for personal computers, posted revenue of $2.25 billion, a 65% gain from one year ago. It was partly helped by rising prices of both its central processing unit and its graphics processing units.

Su said AMD managed to gain revenue share in the desktop and notebook markets for the fifth straight quarter.

“In desktop, robust demand for our highest-end Ryzen processors drove a richer mix in the quarter as Ryzen 9 processor unit shipments more than doubled,” she told analysts on the call. “In the enterprise, Ryzen Pro mobile processor unit shipments nearly doubled year-over-year as we won multiple high-volume deployments in the quarter with Fortune 500 financial services, automotive and pharmaceutical companies.”

Su said the company is confident it can increase its PC market share, as new AMD Advantage laptops from companies such as Lenovo Group Ltd., HP Inc., ASUSTek Computer Inc. and Micro-Star International Co., Ltd are due to launch in the coming months.

Analyst Holger Mueller of Constellation Research Inc. said AMD pulled off a remarkable feat by nearly doubling its revenue on a year-over-year basis. He said it’s clear the company is taking market share from archrival Intel.

“That growth has to come from somewhere and with PC sales fueled by home computing needs and cloud accelerating too, we all know the growth is coming at the expense of an ailing Intel,” Mueller said. “But we should remember the chip market is much like a roller-coaster, and what goes up will more than likely come down again, eventually. As to when, we’ll have to wait and see.”

Su told analysts that she doesn’t think the company will decelerate anytime soon, though. She expressed confidence that AMD will continue to grow even if PC demand falls in 2022. “We expect our competition to be really good and we need to be better than that,” she said.

For the next quarter, AMD forecast sales of about $4.1 billion, plus or minus $100 million. That’s above Wall Street’s forecast of $3.8 billion in third quarter revenue. For the full year, the company raised its outlook. It said it now expects annual growth to increase by 60%, up from a previous forecast of 50% growth.

AMD’s stock wobbled a bit in after-hours trading, first falling then gaining to end the day up just over 1%.

“AMD hit on all cylinders on all of its product lines this quarter, driving record everything,” said Patrick Moorhead of Moor Insights & Strategy. “It’s a testament to AMD’s flawless execution over the past few years. And the crazy thing is that it has a lot more runway for growth, even without incorporating Xilinx into the equation.”