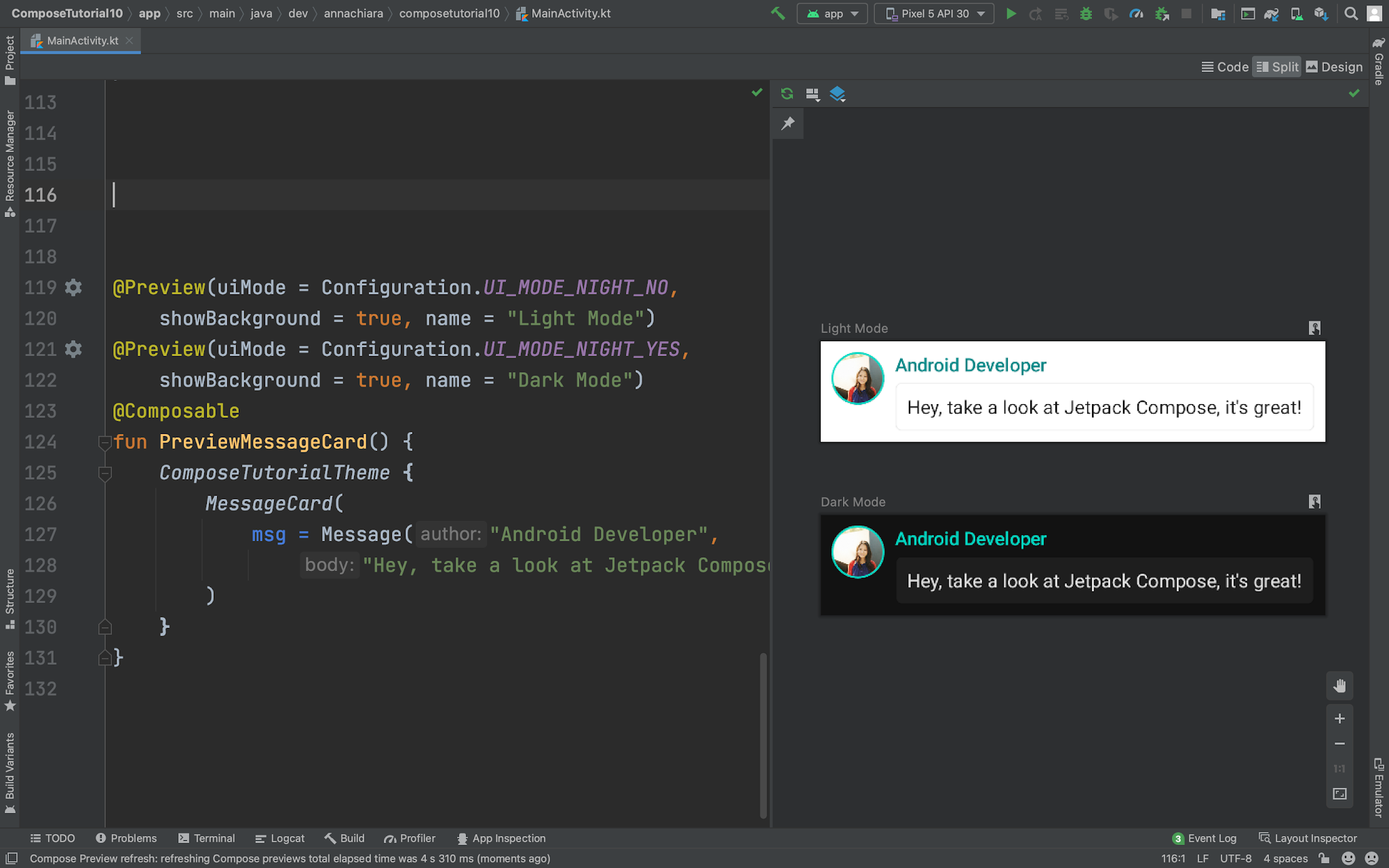 Compose is designed to make it easier for developers to design interactive, intuitive, native UIs for apps with as little coding as possible. It helps Android developers streamline UI development and lower the time it takes to get to production.

The Android team has been working on Compose for two years, with its alpha first introduced in August last year. It is deeply integrated with Android Studio, which is why these announcements are paired.

“With Jetpack Compose in 1.0 it means it’s fully stable and so it’s time to start using it in your apps,” said Anna-Chiara Bellini, product manager at Google. “We built Jetpack Compose to make it faster and easier to build beautiful apps in way less code so you can more time spend bringing your app to life.”

Adopting a new framework is a big change, explained Bellini, but Compose makes it easy because it’s native and fully interoperable with all Android code. “With a fully declarative approach you just describe your UI and Compose takes care of the rest,” she said.

According to Google, there are already 2,000 apps in the Play Store using Compose. And, to show that the Android team really believes in their product, the Play Store app itself uses Compose.

With this 1.0 version release, Compose is ready for prime time. It is fully interoperable with Android apps and can be embedded easily for a single button or an entire screen. It can even be extended to an entire theme, following the Material theming system, so that it can be used to fit for an entire brand.

To help developers get going with Compose, Google has put together a variety of tutorials including documentation, videos and codelabs.

Although the 1.0 release of Jetpack Compose is a major milestone, it’s not the final version. Google also release a public roadmap for upcoming features developers can expect.

The newest version of Android Studio Arctic Fox is now available for download as a stable release.

With this new release, developers will find it easy to take advantage of the new 1.0 version of Jetpack Compose tools including Compose Preview, Deploy Preview and Compose support in the Layout Inspector.

Compose Preview allows developers to see their UI designs in different states, light and dark themes, or different font scaling, all at the same time. This makes development easier and without needing to deploy a whole app to a device.

Deploy Preview works by letting a developer deploy just a snippet of a UI directly to a device, or an emulator, so that small parts of code can be quickly tested without needing to deploy the entire app. This allows them to iterate designs on single components or screens without waiting.

If a developer needs to get deeper into a Layout, Arctic Fox has support for Compose in Layout Inspector. This enables developers to see how their changes to UI design will affect the look and feel across numerous different form factors every time they update. This includes an option to turn on live updates as well.

It is also now possible to view the results of editing literals, such as strings, numbers and Booleans, when they are being edited inline in code. Changes will be seen visibly on screen, that includes in preview, emulator or physical device without having to compile.