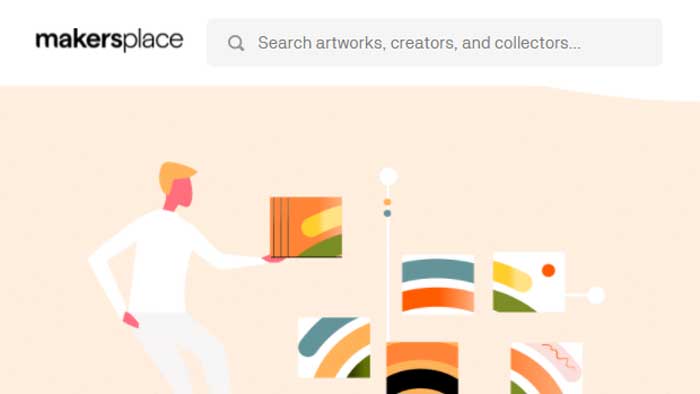 MakersPlace, a marketplace for crypto-asset digital artwork, today announced it raised $30 million in an early funding round led by Bessemer Venture Partners and Pantera Capital.

The marketplace allows traders to exchange artwork as nonfungible tokens, a type of cryptographic asset that uses blockchain technology to certify ownership of digital items. This way digital artwork can retain value, even though it can be copied, as individuals can show actual ownership.

“We see this fundraise as continued validation for our mission,” said Dannie Chu, chief executive of MakersPlace. “We will continue to push boundaries and empower digital creators with better tools and services, while finding more ways to introduce digital art and NFTs to a mainstream collector audience.”

According to the company, 2021 has been one of the highest growth years for the platform. The number of collectors using the market has grown by ten times and it has seen over 100 million transactions.

In February, the marketplace made headlines through a partnership with Christie’s auction house when it helped sell artist Beeple’s NFT digital artwork “Everydays: The First 5000 Days” for $69.3 million. The artwork was a collage of images designed by Beeple and sold as an NFT artwork, minted and sourced through MakersPlace.

Marketplaces such as MakersPlace are fundamental for the creation, discovery and trade of NFTs – although they are not always artwork. NFTs can represent almost anything from artwork, items in video games, event tickets, real estate, stocks and even real-world luxury goods.

This year, NFTs reached mass appeal and the market exploded and this has led to venture capital flowing into NFT marketplaces. For example, OpenSea, Rarible and Mintable – all NFT marketplaces that cater to artwork and crypto collectibles – have received funding rounds in the past few months.

This is in part to mass trading on the NFT market, which peaked at $250 million monthly in May with a pullback to $60 million in June, according to data published on Nonfungible.com. Although the market appears to have substantially recovered with approximately $260 million worth of trades in the past week alone.