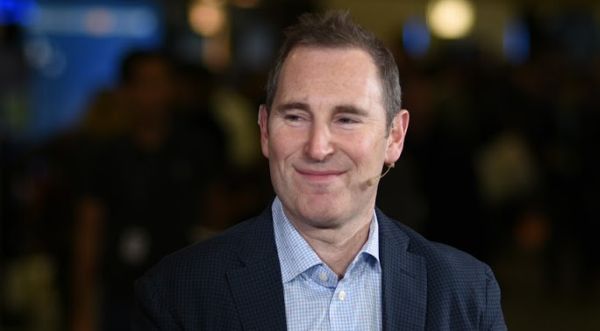 Amazon.com Inc. will add 55,000 corporate and technology positions over the next few months, the company disclosed today.

The company made the announcement ahead of its upcoming Career Day 2021 recruiting event, which it describes as its biggest ever. The event is set to include the participation of Amazon Chief Executive Officer Andy Jassy (pictured), more than 1,200 of the company’s recruiters and software engineers.

Jassy told Reuters that 40,000 of the new jobs the company plans to create will be in the U.S., while the other positions are expected to be added internationally. The U.S. openings will be spread across more than 220 locations nationwide.

Not surprisingly, Jassy said the initiative will see Amazon recruit more staff to its core e-commerce and cloud computing divisions, which account for the bulk of the company’s revenue and profit.

Jassy also pointed to online advertising as an area where the company is looking to grow. Amazon has over the last few years become one of the biggest players in the digital ad market, alongside rivals Facebook Inc. and Google LLC. Amazon doesn’t break out sales numbers for its ad business, but the unit is believed to account for the bulk of the “other” revenue in the company’s earnings reports, which jumped 83% last quarter, to $7.9 billion.

Notably, Jassy pointed out Amazon’s satellite business as another unit the company plans to expand through the hiring effort. The online retail and technology giant is looking to launch thousands of internet satellites into low-Earth orbit to create a telecommunications network capable of providing wireless coverage worldwide. Amazon’s orbital internet network could directly compete with SpaceX Corp.’s Starlink internet satellites.

Jassy said that the 55,000 new jobs will include positions in areas such as engineering, robotics and research, among other fields.

“Amazon continues to grow quickly and relentlessly invent across many areas, and we’re hoping that Career Day gives both job seekers and current Amazon employees the support they need to learn new skills or reimagine their careers at Amazon or elsewhere,” Jassy said in a statement.

The new employees Amazon intends to hire would help the company grow its current corporate and technology workforce of approximately 275,000 by about 20%. According to Reuters’ estimates, the number of new workers the company hopes to add is near the total number of employees who work at Facebook and is equal to about a third of Google’s headcount.

Yet despite its broad scope, the hiring push won’t be Amazon’s largest recruiting initiative in recent memory. The company hired more than 400,000 workers in the U.S. last year, mainly across its fulfillment centers and logistics network, to meet surging e-commerce orders. Increased e-commerce demand helped boost Amazon’s revenues from $280.5 billion in the 2019 fiscal year to over $386 billion during fiscal 2020.

Amazon is opening more offices to support its fast-growing workforce. The company is currently building a $2.5 billion corporate campus in Arlington, Virginia that will consist of three 22-story office towers and a 350-foot building modeled after a double helix. Amazon’s other recent real-estate moves included leasing two other buildings in Arlington with capacity for 12,500 workers, a 17-story office tower in Boston and a 25-story building in Bellevue, Washington.

The company is in parallel expanding its network of logistics facilities to support the continued growth of its e-commerce operation. In June, Amazon disclosed that it had nearly doubled the size of its fulfillment network over the preceding 18 months.