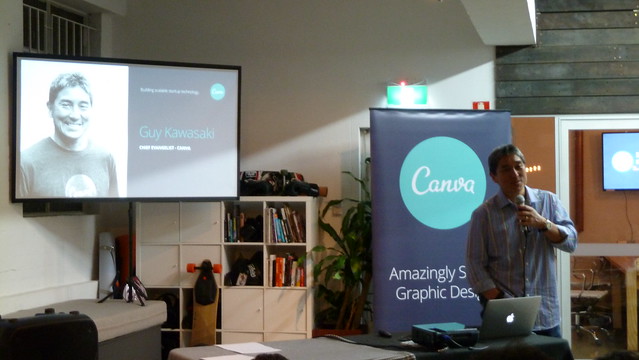 The round was raised on a valuation of $40 billion, making it one of the highest-valued startups in the world.

The company says it now has more than 60 million monthly active users, up from 50 million when it last raised venture capital in April. Revenue this year has more than doubled and the company is on track to exceed $1 billion annualized revenue by the end of the year while generating free cash flow.

The Canva user community has created more than 7 billion designs, with 120 new designs created every second using Canva’s library of more than 800,000 templates and more than 100 million design ingredients.

“Visual communication has emerged as a universal need for teams of every size across almost every industry,” Canva co-founder and Chief Executive Melanie Perkins said in a statement. “More than 60 million people are now using Canva for everything from launching startups to raising awareness for nonprofits, supporting remote learning, collaborating in distributed teams and managing global enterprise brands at scale.”

The valuation of the round is quite remarkable. Not only is Canva now more valuable than Telstra Corp. Ltd., Australia’s largest telecommunications company, it is now the fifth most valuable startup in the world. The Age reported the only startups with a higher valuation are TikTok owner ByteDance Ltd., Stripe Inc., SpaceX Inc. and Klarna Bank AB.

The next question for Canva is whether it has plans to go public and if so, when. It was reported in April that there was no imminent talk of Canva looking to go public on the Australian Stock Exchange, but a little over four months later, it’s a question worth considering.

The Australian Financial Review noted that one issue with Canva going public is its valuation. At $1 billion ARR, the $40 billion valuation is at least a 40 times revenue multiple. The company might struggle to match that valuation in an IPO. “The word on the street is that Canva would have to be willing to accept a substantial discount on its current valuation if it were to list now, so why not just wait?” the report added.

Including the new funding, Canva has raised $572.6 million to date.