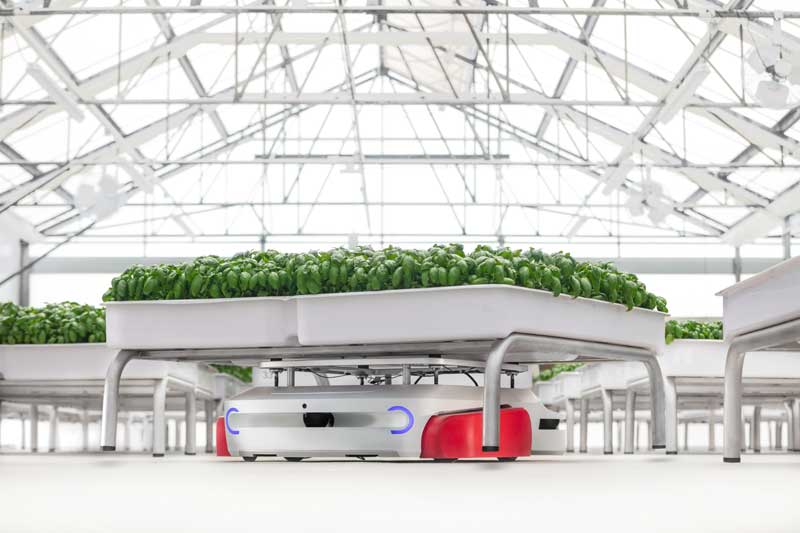 This Series C funding round will bring the company’s total funding up to $98 million. Other investors in the round included Crosslink Capital, R7 Partners, Pathbreaker Ventures, I/O Ventures, Amplify Partners, ENIAC Ventures, Tuesday Ventures, At One Ventures and Y Combinator.

Iron Ox launched its first autonomous farm in 2018 and grows produce in proprietary greenhouses designed from the ground up to reduce the environmental impact of agriculture using a data-driven approach with robotics and artificial intelligence.

“World-class investors know that humanity’s most important pursuit is to reverse climate change,” said Iron Ox co-founder and Chief Executive Brandon Alexander. “To get there, we can’t settle for incrementally more sustainable crops — and we can’t ask consumers to compromise on taste, convenience or value.”

As a child Alexander spent hours on his grandparents’ farm picking cotton, potatoes and peanuts under the Texas sun. He eventually went to college and studied engineering and then started a company based on concepts that set the stage for Iron Ox.

Iron Ox is currently expanding its robotics and AI capabilities. Thanks to that, its farms require 90% less water than traditional farms and use 90% less electricity than LED-based vertical farms. They also can generate 30 times more produce per acre of land.

“We are applying technology to minimize the amount of land, water and energy needed to nourish a growing population,” Alexander said. “The team at Iron Ox will not stop until we achieve our long-term mission of making the produce sector carbon-negative.”

In order to produce these low-impact results, the company’s robot farms grow plants under natural sunlight and thus use far less energy than robotic farms that require artificial lighting.

Food produced by Iron Ox farms can be bought throughout California at Whole Foods and at other San Francisco Bay Area store locations, including Bianchini’s and Mollie Stone’s Markets. The company plans to begin shipping outside California later this year with the first harvest from the new Texas facility.

The company intends to use the new funds to expand its research and development programs, scale manufacturing and continue operations across the United States. The company is also recruiting plant scientists, engineers, greenhouse operators and roboticists.