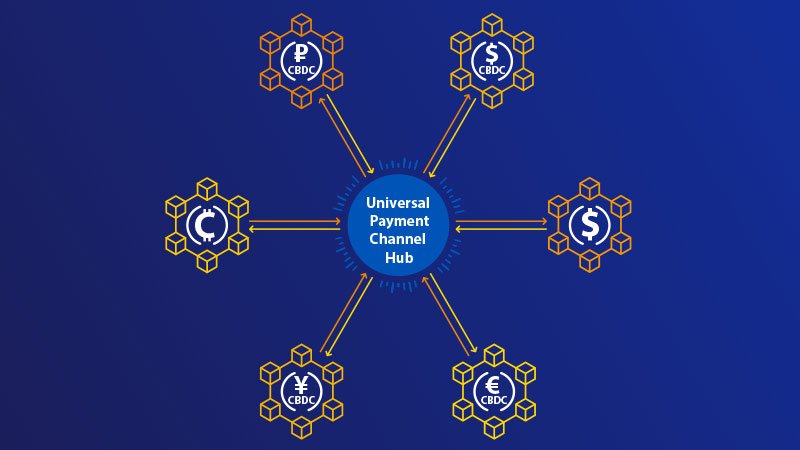 Visa Inc.’s research and product teams announced Thursday that they’re developing a new concept for interconnecting multiple blockchain networks for the secure transfer of digital money that it calls a “Universal Payment Channel.”

The new project would create payment channels to facilitate the ability for anyone to pay for products and exchange equivalent value no matter what cryptocurrency they’re using.

“Imagine splitting the check with your friends, when everyone at the table is using a different type of money — some using a central bank digital currency, or CDBC, like Sweden’s eKrona, and others preferring a private stablecoin like USDC,” the company wrote in a statement.

According to Visa, the objective of the project is to act as a hub between the various blockchains and become a “universal adapter” and thus allow for the secure exchange of value for central banks and businesses irrespective of the currency type.

As more central banks begin to explore their own cryptocurrencies, including issuing CDBCs, it will mean that merchants and financial institutions will have to deal with ever-increasing types of digital currencies every time customers sit down to purchase items. As the example above, Visa’s solution would elegantly resolve the problem of a group splitting the check with two or more different digital currencies at once.

To make that happen, Visa’s research team began developing UPC in 2018 as trends began to build in the cryptocurrency industry. At the same time, the company began to reach out to numerous merchants and other crypto companies for spending and converting digital currencies.

As of July, Visa had partnered with over 50 crypto companies to support converting crypto on its own network allowing the direct conversion of crypto on its own cards. According to the company, at the time it had already processed almost $1 billion on its crypto-linked cards worldwide in the first half of 2021.

With UPC, Visa hopes to provide greater accessibility to more banks, merchants and businesses – whether transactions originate on its network or not – allowing an easier exchange of value for separate types of digital currencies.