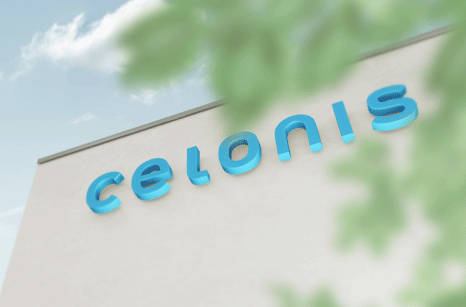 The terms of the deal were not disclosed. Alongside the acquisition, Celonis announced a new tool dubbed Celonis Execution Graph that promises to help companies identify inefficiencies in their operations.

New York- and Germany-based Celonis competes in the enterprise software market with a so-called process mining platform. The platform helps companies find opportunities to increase the efficiency of their operations. Online retailers can use the software to identify ways of more quickly delivering packages to customers, while a manufacturer can explore methods to streamline its component procurement processes.

Celonis finds opportunities to boost operational efficiency by analyzing the data that an enterprise generates as part of day-to-day business activities. The newly announced acquisition of Lenses.io will enhance the startup’s data analysis capabilities, which should in turn allow it to supply companies with more useful insights into their operations.

London-based Lenses.io has built a software platform that makes it possible to ingest large amounts of information in real time. The platform can be used to analyze sensor readings from industrial equipment immediately after they’re generated to catch technical issues early. Lenses.io allows companies to process information produced by other types of systems as well.

Lenses.io’s platform is based on Apache Kafka, a widely used open-source tool for real-time data processing. Lenses.io built additional capabilities atop the tool’s default feature set that make it easier to use. The startup says its platform can be deployed in seconds instead of the days it normally takes to set up Kafka, and it simplifies tasks such as troubleshooting technical issues.

With Lenses.io’s technology, Celonis can enable its enterprise customers to consult real-time data from their systems when looking for ways to increase operational efficiency. The startup believes that the retail segment is one of the areas where companies could apply the technology. Retailers can use real-time sensory data from delivery vehicles to identify ways of streamlining supply chain operations.

Celonis didn’t go into much detail about exactly how it plans to use Lenses.io’s software. One possibility is that it might integrate the technology with its existing process automation features.

As part of its platform, Celonis provides capabilities that allow companies to build custom applications for automating common business tasks. The startup could potentially use Lenses.io’s technology to let customers pull real-time operational data into their applications. A software tool that helps optimize package delivery routes, for example, might benefit from the ability to factor real-time weather alerts into its decisions.

“Businesses are collecting more and more data across devices, applications and data pools, both in the cloud and on premise,” said Celonis co-founder and co-Chief Executive Officer Alex Rinke. “However, they are only executing on a small fraction of the data available to them.”

Celonis Execution Graph can spot situations where an issue in a business process is caused by another business process at a different part of a company. Delayed component procurement, for example, can lead to a drop in production line capacity. By automating some of the work involved in identifying efficiency issues, Celonis’ new tool can potentially help companies implement fixes faster.

“Just imagine a common situation like a late delivery creating an unhappy customer,” said Celonis co-founder and Chief Technology Officer Martin Klenk. “Was the problem caused by the order management process? The shipping or inventory process? Procurement or production? A combination of all of the above? The Celonis Execution Graph answers these questions.”

Celonis is backed by about $1.4 billion from investors. The startup was valued at $11 billion after its most recent funding round earlier this year.