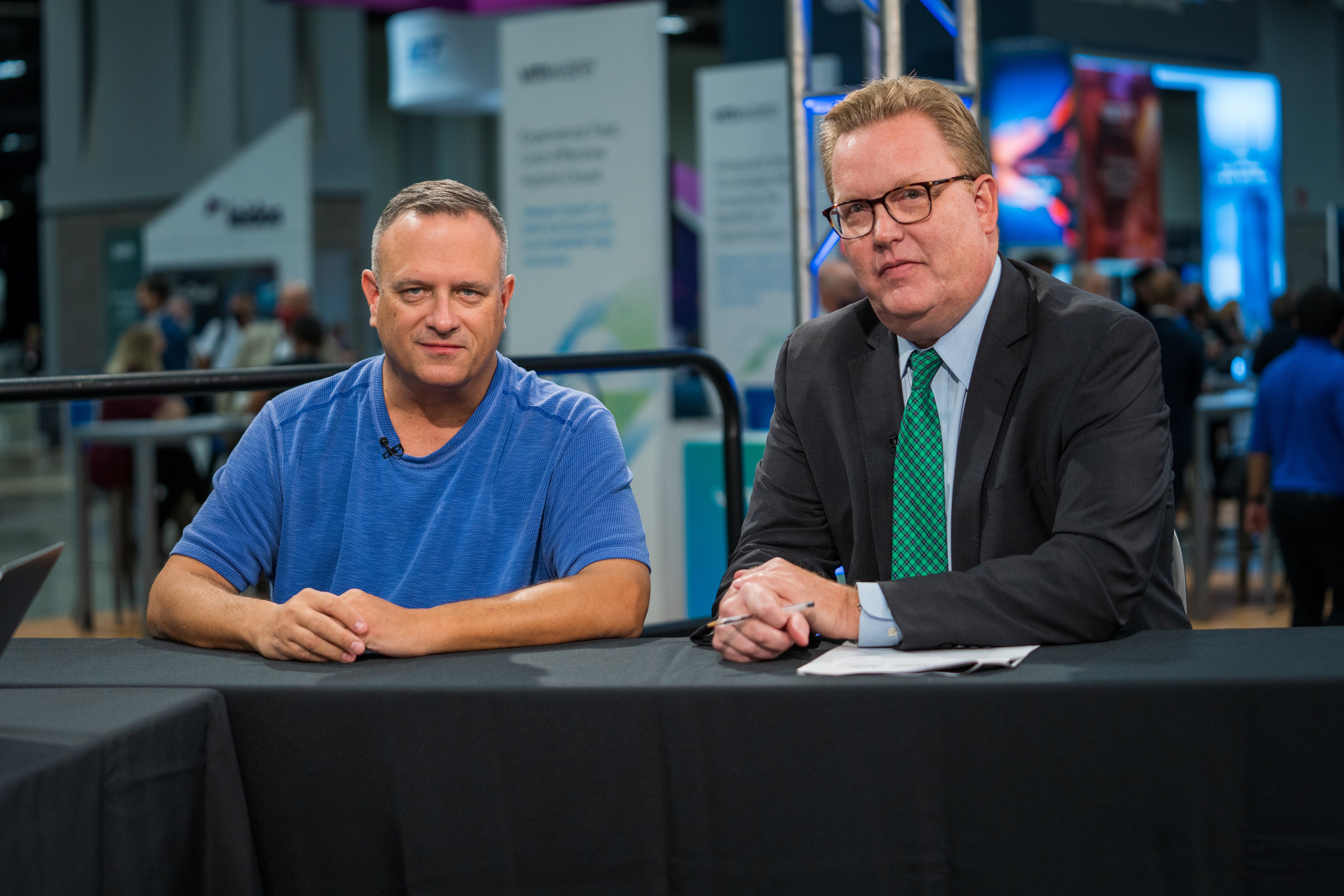 How AWS transformed the economy of Loudoun County, Virginia

Cloud economics usually focuses on the savings companies achieve through streamlining their operations. But as cloud adoption increases, there is a wider impact on the economy from the cloud providers themselves.

In a 10-year study released during Amazon Web Services Inc.’s recent Summit Washington, DC event, the company showed how its investment in Virginia has benefited the commonwealth.

“Virginia, over the last 15 years, has become really the cloud capital of the country, if not the world,” said Shannon Kellogg (pictured, right), vice president of Americas public policy at AWS.

Kellogg and John Wood (pictured, left), chief executive officer of Telos Corp., spoke with John Furrier, host of theCUBE, SiliconANGLE Media’s livestreaming studio, during the AWS Summit Washington, DC event. They discussed the social and economic impact that 15 years of AWS hosting has had on the commonwealth of Virginia, as well as why cybersecurity legislation is long overdue. (* Disclosure below.)

In 2005, Loudoun County, Virginia, was the fastest-growing county in the United States. But the growth was almost entirely residential, according to Wood. Investing in schools, police and roads to serve the incoming population was breaking the bank.

“For every dollar of real property tax that came in through residential, we’d lose $2,” said Wood, who in 2005 served as chair of the Economic Development Commission in Loudoun County. In contrast, every dollar in commercial real property tax brought 97 cents of profit. The answer to the county’s financial stress was obviously to encourage more businesses to base themselves in the area.

At the same time, Amazon.com Inc. was looking for a location for its first major data center. With lots of available land, accessible power sources, and lots of unused fiber-optic cables (originally installed by internet pioneer AOL Inc.), North Virginia fit the bill.

The study reveals that over the past decade (2011-2020), AWS invested $35 billion in building and maintaining data centers in Northern Virginia and contributed $4.3 billion to the state’s gross domestic product.

Loudoun County now generates a couple of hundred million dollars surplus every year, with a third of its revenue now coming from commercial taxes.

But data centers (and AWS) get plenty of bad press for their negative impact on the environment. AWS has committed to change that, and the company is actively investing in renewable energy projects. In 2015, the company built the Amazon Solar Farm — Eastern Shore in Accomack County, Virginia, generating enough electricity for 15,000 homes per year. Fifteen new solar farms are under construction in the state, and AWS predicts they will power 225,000 households and avoid over 1.3 million tons of CO2 emissions each year.

Renewable energy, tax revenue and jobs aren’t the only benefits Virginia receives from hosting AWS infrastructure. Other companies have been attracted by the same benefits that first attracted AWS to the area, and an influx of skilled workers followed.

With an estimated 70% of the world’s internet traffic passing through the data centers of Loudoun County, Northern Virginia has become known as “Data Center Alley” and is a strategic national asset for the U.S.

“Every state across America should be thinking about investments from companies like Amazon,” Wood stated. “There are really significant benefits that help the entire community.”

Watch the complete video interview below, and be sure to check out more of SiliconANGLE’s and theCUBE’s coverage of the AWS Summit Washington, DC event. (* Disclosure: TheCUBE is a paid media partner for AWS Summit Washington, DC. Neither Amazon Web Services Inc., the sponsor for theCUBE’s event coverage, nor other sponsors have editorial control over content on theCUBE or SiliconANGLE.)